Dell has just announced it has agreed to acquire Software-as-a-Service integration company Boomi. Terms of the deal were not disclosed and, as usual, the purchase is subject to customary closing conditions. Dell did not say when it expects to complete the purchase of the startup.

Dell chairman and CEO Michael Dell had yesterday teased the press about an impending acquisition in the cloud computing space (see Reuters).

The comment, made at an event in Hong-Kong, sparked a guessing game among tech reporters, but it turns out Dell is picking up a rather small company – Boomi has raised only $4 million in venture capital according to CrunchBase. Nevertheless, it’s a startup that does offer a compelling SaaS platform for many a company.

Boomi offers an application integration platform, dubbed Atomsphere, which aims to help its clients reduce the cost and complexity of integrating applications by allowing easy transfer of data between cloud-based and on-premise applications. The company says its solution removes the need for appliances, software or even coding.

Boomi says it manages “millions of transactions” a month and has completed “tens of thousands of cloud integrations” for “hundreds of customers” globally.

The acquisition marks Dell’s third this year – it had earlier bought Ocarina Networks and Exanet. It also lost a high-stake bidding war with HP for storage company 3PAR. 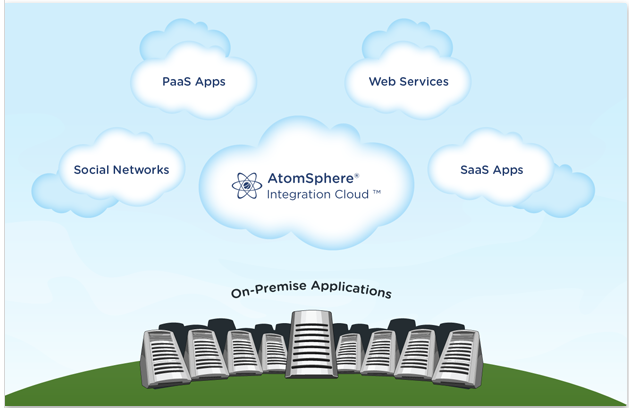