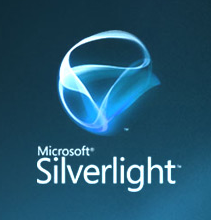 Nearly a year ago, Microsoft pulled together a group of reporters for Bing Fall Release event. The highlight of the presentation was a demo showing off some nifty new features in Bing Maps. The problem? All of this stuff required Microsoft’s Silverlight browser plug-in to work. I berated the company for once again pushing users towards a more proprietary web. So today it’s time to laud them, as they seem to be backing away from that strategy.

During last week’s Professional Developers Conference (PDC), ZDNet’s Mary-Jo Foley asked Bob Muglia, Microsoft’s SVP of the Server and Tools Business, why the company failed to highlight Silverlight in a meaningful way this year. His answer was rather surprising.

“Silverlight is our development platform for Windows Phone,” he said. And while he said that the technology has some “sweet spots” for media applications (presumably like Netflix, which uses Silverlight on the web), its role as a vehicle for delivering a cross-platform runtime appears to be over. “Our strategy has shifted,” is how Muglia put it.

Instead, as they made clear during PDC, Microsoft is putting their weight behind HTML5 going forward. Hallelujah.

Microsoft’s new IE9 web browser (which is in public beta testing) will be a big part of this strategy. And presumably, a lot of the things that currently require Silverlight, like some of those nifty Bing Maps features, will move to HTML5 going forward. Again, that’s great news.

So why is Microsoft doing this? It seems that Microsoft sees the writing on the wall. They likely know that’s it’s going to be much harder to make a dent in the new developer world order with Silverlight, which still has a relatively small market penetration and no penetration in mobile, than with HTML5, which is (or shortly will be) everywhere — including all of Apple’s devices.

“HTML is the only true cross platform solution for everything, including (Apple’s) iOS platform,” Muglia told Foley.

This is a very different tone than Muglia had just a year ago, when he and then Microsoft Chief Software Architect Ray Ozzie were out on the circuit drumming up support for Silverlight with hopes that it would become a new de-facto standard like Adobe’s Flash. It’s not clear if Ozzie’s imminent departure from the company has anything to do with this change of tone or vice versa.

Regardless, Silverlight will now be mainly known as the development platform for Windows Phone going forward. In other words, the way to make native apps for those devices. But for just about everything else, it will be HTML5 or bust. And that’s great news for all end users. It’s one less plug-in to download. And it’s another step towards a unified web.