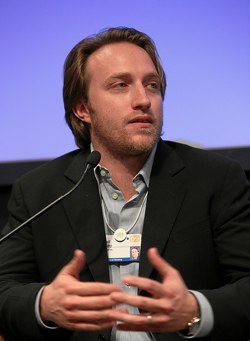 I’m currently in Dublin, Ireland, for a (most excellent) event dubbed Founders, where I was invited to handle a fireside chat / interview with YouTube cofounder and CEO Chad Hurley earlier tonight. We had an interesting conversation about the company, although nothing particularly newsworthy came out of it, except for this little nugget: Hurley is moving to an advisory role at the Google subsidiary and will soon focus most of his attention on other projects.

Hurley casually mentioned this when I asked if he still felt as motivated as he was in early 2005, when he started the company along with fellow ex-PayPal employees Steve Chen and Jawed Karim.

The company ended up getting picked up by Google for roughly $1.65 billion in 2006, Hurley made a bundle, and I was interested to know if, after almost 6 years, he wasn’t ready for change.

Fully vested for a couple of years now, I actually wondered what kept Hurley at YouTube / Google for so long in the first place. In a conversation at dinner after the interview, he explained to me that he started to transition into a somewhat more advisory role two years ago already, but felt that he needed to stick around to accomplish a number of things in terms of growth on multiple levels, product development and other aspects of the business.

The time to move on has now come, said Hurley, adding that he’s already working on other projects, but declining to detail what those are exactly. For the record, we’re not talking about his adventures in Formula One world or the fashion business called Hlaska he co-founded, but actual Internet businesses.

To clarify, Hurley said that former VP of web applications at Google, Salar Kamangar, is currently handling most of the day-to-day operations at YouTube already. The message he wanted to convey: it’s not like that much would change at YouTube where he to leave anyway.

Asked if he had any interest in becoming an active angel investor, Hurley told me that that sort of thing just is simply not what makes him tick. In fact, he said in no unclear terms that he feels as though there’s something of an ‘angel bubble’ swelling up in Silicon Valley these days.

Hopefully someone captured our talk on video — we’ll post a recording of the event if we find one.