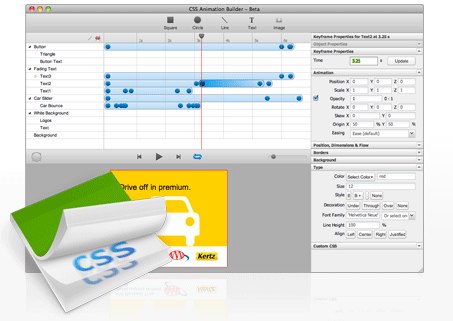 Sencha is making a big bet on HTML5. The company, which was formerly known as Ext JS, raised a hefty $14 million round led by Sequoia Capital in June.  Since then it has been perfecting its HTML5 framework Sencha Touch — a framework that lets you build mobile web apps for iOS and Android that feel almost native and are also cross-platform. And today, the company is adding another big addition to its product suite: Sencha Animator.

If you’ve used Flash before, Animator should be fairly easy to pick up. It’s a tool for creating CSS3-based animations that will work on WebKit browsers — drag a few objects and images onto the screen, set up some keyframes, and you should be off and running. And, unlike Flash, these animations will work on iOS devices (and Android, BlackBerry, and anything else that supports WebKit). Here’s how the company is describing the product:

Sencha Animator allows you simply place objects (text, shapes, and images) onto a re-sizable stage area, configure their properties and then animate to bring them to life. You can move, scale, skew and rotate objects singly or at various levels of nesting, in 2D or 3D space. With Sencha Animator, you can also take advantage of CSS3 capabilities like gradients, blurs, reflections and shadows. You can create basic animations quickly and easily. But Animator is also designed to be a CSS3 power-tool. So when you need to add HTML or custom CSS, it’s easy to do that too. Best of all, Sencha Animator outputs pure CSS3 animation code, so it’s hardware accelerated on Apple iOS, which creates incredibly smooth animations. This also means it’s ready to work with any JavaScript library, not just Sencha. 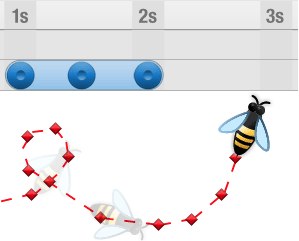 The application is available for Mac, Windows, and Linux. It’s still rough around the edges — this is a beta release, and additional features, like a gradient maker, are still in the works. It also doesn’t support some major browsers like Firefox yet (Sencha says that Firefox hasn’t implemented support for CSS3 keyframes). You can see some demos of HTML/CSS-based animations at the bottom of this page.

Sencha will be selling a standard version of Animator for a price in the “low hundreds of dollars” for each user. This also obviously has a big appeal to advertisers — Sencha will be offering a version with additional functionality specifically for them.

Sencha isn’t the only company building HTML5/CSS3 based tools. Adobe is also hard at work on its own products, including a HTML5-editing tool called Edge (which hasn’t been released  yet). In the advertising space, Sprout offers Advine, a tool for authoring ad creative that supports both HTML5 and Flash.