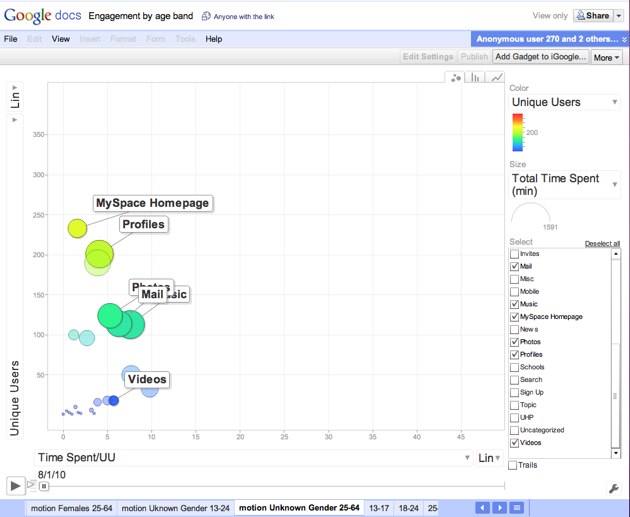 MySpace is mere hours away from their big redesign push (our early review is here). If you’ve got nothing to do until midnight California time, spend it perusing this document. It is, according to an anonymous source that claims to work at MySpace, an internal MySpace document showing traffic and engagement by age band.

And it’s on Google, publicly.

I downloaded the spreadsheet in the very likely event public access is removed once MySpace discovers the “private” setting. Or they just put it, you know, on their own servers.