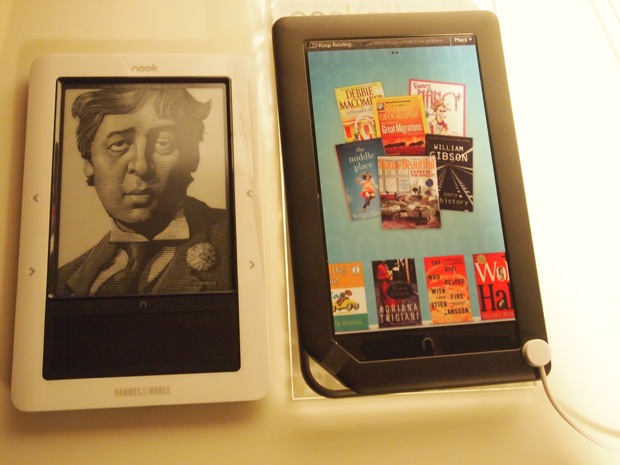 It’s obviously a little early for a full assessment of this new device but we do know a few things. It’s quite small and compact – much lighter than and iPad – and the UI is very handsome. Android users will be kind of miffed that the device doesn’t support the Android App Store, however, because B&N wants a “curated experience.” So much for the openness of Android.

As a recent Nook convert, I’m excited for B&N if a little wary. At $249 the Nook Color is half the price of the iPad. However, don’t expect this to act as a full tablet computer. It isn’t. It’s B&N’s show and outside software isn’t invited.

That said, I’m excited about the Nook Color simply because it places another inexpensive tablet model in the market, something that is absolutely necessary given the plethora of junk devices (see CherryPal, for example) floating around.

We are at a tablet crossroads when closed environments will begin to trump “open” devices like the HP Slate. Once Amazon plays catch up on this then the game will really be afoot.