Angie Wiskocil, senior vice president, AT&T Wi-Fi Services said in a statement: “In addition to smartphones, we saw that more and more devices like tablets, eReaders and netbooks were becoming Wi-Fi enabled and realized that Wi-Fi would play a major part in our ability to mobilize everything for our customers. Now, our Wi-Fi services are a significant asset for AT&T and for the consumers and businesses we serve.”

This quarter’s connections should continue to increase as the iPad arrives at AT&T stores. And the company will be offering the device to enterprises as well. I’m curious how many of these Wi-Fi connections involve iPhones; and whether a Verizon iPhone will change things. In this past quarter, a record 5.2 million customers activated iPhones with AT&T. 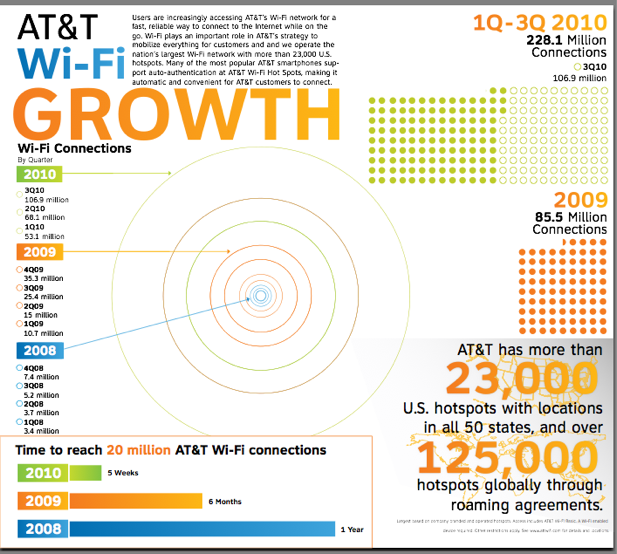