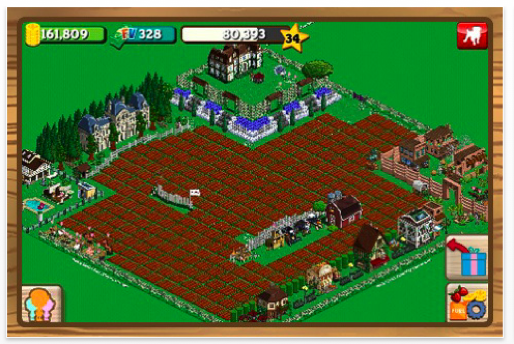 We saw this one coming. Zynga has just announced the launch of FarmVille for the iPad, which is the company’s first native app for Apple’s tablet.

Similar to the iPhone app, Farmville on Facebook, but formatted for the iPad. The app will feature in app purchase support, along with push notifications for harvesting and other activities in the game. You’ll have access to your same farm, and your same friends as on Facebook as well. FarmVille on iPad takes advantage of the larger screen with custom graphics, and allows users to interact with their game on the touch screen interface.

FarmVille’s iPhone app has steadily gained traction since its launch in June. The app has spent more than 50 days in the Top 25 games on iTunes and players in 85 different countries send more than 100,000 gifts via the app each day. More than 60 million people across the world play FarmVille, roughly one percent of the global population.

Is an Android app next?