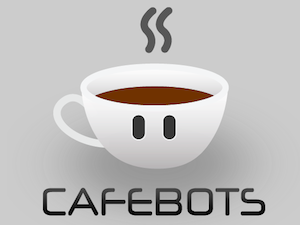 We don’t know much about the still-in-stealth startup which was co-founded by three folks out of Stanford, but we do know that the company has just secured $5 million in funding. And the funding is perhaps even more significant because they are the first company funded as a part of Kleiner Perkins’ new sFund, the social fund announced today at Facebook’s headquarters in Palo Alto, CA.

“We live in a world where social is the new search,” Cafebots co-founder Yoav Shoham told us when we had the chance to speak to him earlier. “The manual curation of the web was important, but now we’re emerging into this social layer,” he continued. He noted that while there have been some attempts, no one has nailed this FRM idea yet. “People are touching parts of the elephant, but no one has gotten it,” is the way Shoham put it.

He wouldn’t give us anything beyond that aside from saying that their products will play nicely will all the social platforms out there. They won’t be just tied to Facebook, for example.

The company currently has six employees, but they hope to double that by the end of the year. It’s around that time that they hope to have their first product ready, we’re told.

More on the sFund: