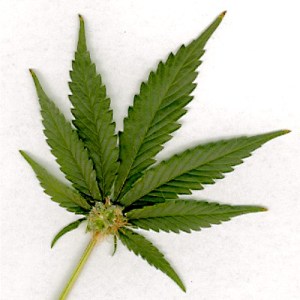 Justin Hartfield of WeedMaps is about as ballsy as entrepreneurs get. I mean that as a compliment. Not only is he building an online business that facilitates and profits off of the recreational use of marijuana– which let’s remember is still illegal in the United States– but he’s essentially rushing his small company out into the public markets, via an acquisition by the mostly-unknown but publicly-traded LC Luxuries Limited, which will build a new business around all things cannabis.

Between the anticipated closing of the deal, which will make WeedMaps essentially a publicly traded company on the Pink Sheets and California’s vote on a proposition to legalize marijuana, the next month will be huge for Hartfield– one way or another. Meanwhile revenues are soaring. WeedMaps was making $20,000 a month a year ago, made $300,000 in August and $400,000 in September– all off of just 50,000 registered users.

Obviously, the money-making potential is huge, but is there a greater moral issue here? Hartfield doesn’t see one. Hartfield was the guest on NBC’s Press:Here this week, where he discussed a unique dilemma in Silicon Valley: Having a $120 billion market to yourself in which no VCs want to invest. It’s a reality that’s driven him to this odd, back-door IPO.

It’s also helping make his company a cause. “We want to make buying a share in this company like buying a share in the legalization of marijuana cause,” he says. Hartfield — so unabashedly libertarian he could make Peter Thiel swoon— thinks markets are better ways of assessing public opinion than media or political polls. So, he argues, if people vote with their money for WeedMaps, it’ll be a proxy for how people feel about the practicality of legalization, which he sees as an inevitability. (Morality aside, I take issue with his certainty in this clip. Even in gung-ho California, some medical marijuana advocates oppose recreational legalization.)

But the deal is about more than just finding a way to go public. The new company will acquire and roll-up several smaller companies, likely also around the cannabis issue. Meanwhile, Hartfield is doing a weed/Web landgrab, taking nearly every business model that’s worked on the Web and building a weed version. His core site is like Yelp for weed, containing a database of more than 25,000 strains, where they can be found and reviews on dispensaries and headshops. He even offers an “elite” status.

The company has another site called WeedVote.com that helps get out the legalization vote, and the newly launched WeedMart.com is an online headship and he’s about to launch a new daily deals site for pot– that’s right, yet another Groupon clone, this time to get high. There’s also a feature called “Weed or Skin”– like Hot or Not but where you vote for scantily clad women or pictures of pot. I’m not kidding. While Hartfield isn’t the first to try to make money off of a vice, he revels in it more than most. “We don’t like to be hypocritical, and we don’t think there should be arbitrary differences between recreational and medicinal,” he says. This is clearly as much about the cause as it is about the company for him. Agree with his stance or not, you have to respect the conviction.

In the clip below, Hartfield talks about America’s “chronic fear of freedom” and the challenges he’s faced building this business. Go here for the full episode, which includes his rebuttal to medical marijuana advocates that say recreational legalization is bad for those who need the drug for medical reasons