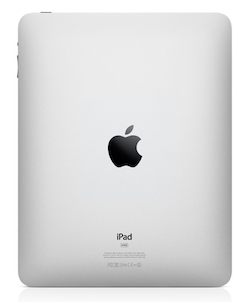 There has been some debate in recent weeks whether or not the tablet industry has been or will be affecting the sales of notebook computers. Perhaps you recall Best Buy’s CEO saying this was happening recently — then saying he didn’t mean to say that. Or something. Well, Apple CEO Steve Jobs was much more clear today on Apple’s Q4 earnings call. “The iPad is clearly going to affect notebook computers,” Jobs said.

Seeing as the iPad is practically the entire tablet industry right now, it shouldn’t be hugely surprising that Jobs is so bullish. But remember that Apple is still very much in the computer business — especially the notebook computer business. But this past quarter represented the first quarter in which iPad sales overtook Mac sales (4.19 million versus 3.89 million). And remember, this is only the second quarter the iPad has been on sale (and it actually almost beat the Mac in its first quarter). “I think the iPad proves it’s not a question of ‘if’ but a question of ‘when’,” Jobs continued.

Jobs went on to say that the ecosystem is going to continue to change over the next few years. He noted how surprised the company already is by the interest in the iPad among businesses. “It’s being grabbed out of our hands,” he said, despite Apple not making a big push in that area just yet.

“The more time that passes, the more I am convinced we have a tiger byt he tail here,” Jobs said. He credited the millions of people being trained on the iPhone with the quick transition to this new form of computing that is already starting to take place. We agree.

Of course, we’ll see what happens when a certain new type of notebook hits the stage in a few days.