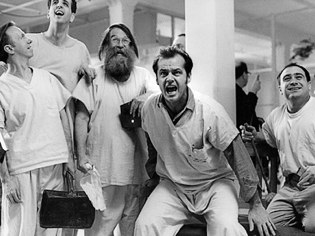 The inmates are now running the asylum.

We’ll put aside the fact that no mention was made of the Wall Street Journal’s sister company and Facebook competitor MySpace.

So what’s the big deal? The big deal is that most people in tech, let alone the general population, have no idea what the article is even about. But even the top paragraph summary, when read carefully, is a snoozer:

Many of the most popular applications, or “apps,” on the social-networking site Facebook Inc. have been transmitting identifying information—in effect, providing access to people’s names and, in some cases, their friends’ names—to dozens of advertising and Internet tracking companies, a Wall Street Journal investigation has found.

Yes, that’s what this is all about. Sometimes identifying information about you – your name and maybe your friends’ names – is theoretically being passed on from Facebook to apps and then to advertising networks. Along the way it’s being stored by various companies that are in the business of gathering data about people to resell to others, chiefly Rapleaf.

The way this is being done is via referrer URLs (99% of the general population just got lost on what those are), which can contain profile IDs. Which can then be used to look up users. And whatever information that user has in his or her public profile can then be scraped and added to a database.

And then…well, nothing. It’s in a database. And theoretically can be used to target ads to you.

The only real concern is that all that data can also be tied to you doing something with a third party app. So in addition to your profile information, the database also gets to know that you like Farmville.

Is this a real problem? No.

Are lots of people freaking out because they have no idea what referrer IDs are but trust the WSJ to tell them when they need to be concerned? Yes.

Will a bunch of Attorneys General with aspirations for the Senate launch an investigation on this? Probably.

Is it a web-wide “problem,” not just a Facebook problem? Yes.

Would we mock one of our own writers on Yammer if they said they wanted to write this story? A lot.

Would you scream at us for posting it? I hope so.

If you do stuff online, people are tracking it and putting it into a database and trying to sell you stuff based on that. There’s not much you can do about it except not be online. And it’s not all that bad, really, to get ads for diapers when you’re having a baby, or ads for cars when you are looking to buy a car. Life will go on.