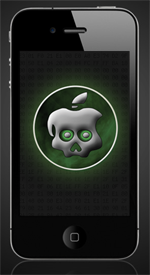 After a bit of baby-mama drama surrounding its launch, the iPhone hackin’ extraordinaries over at the Chronic Dev Team released their iOS 4.1 jailbreaking tool, greenpois0n. Alas, due to some last minute technical issues, the initial release was Windows only.

This morning, one more platform joined the fray.

Just a few hours ago, the download link for the Linux port of greenpois0n went live, opening the doors to Jailbreak-topia for another big ol’ group of people. That just leaves one platform: OS X.

Fret not, Mac-fans; the OS X port is still on the way. When? When it’s done, of course. Here’s what the team has to say on the matter:

Mac release is being worked on. Some technical difficulties must be resolved.

We have no ETA for the Mac release besides “soon”. Bad things seem to happen when we give ETAs.

The job of finding iOS exploits and building them up into jailbreaking tools can be a pretty thankless one. There’s always another update around the corner, another operating system to support, another bug or two acting up for a small subgroup of people… and for each of those, there’s a handful of people publicly blasting you for not doing enough to make their handsets better for them. To all the dudes and dudettes who sit around burning the midnight oil for the sake of all of us who wouldn’t even know the first step for something like this, let us say: Thanks for all the hard work.