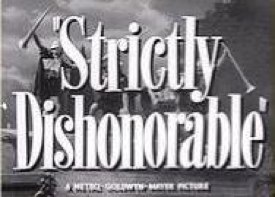 One thing you have to respect about Yahoo’s board of directors – no matter how much the press criticizes them for making painfully awful strategic decisions, they keep their chin up and at least maintain some level of basic decorum. The Hewlett Packard board has no such qualms. Bill Hewlett and Dave Packard must be turning in their graves.

Clearly the board feels as though they are unjustifiably under fire from the press over the firing of CEO Mark Hurd, and the New York Times in particular. But they’re fighting back in a way that is unbecoming. And the fight seems to be more about making the board of directors feel better about themselves as individuals, rather than acting in the best interest of the company that they have a duty to serve.

The New York Times’ Joe Nocera has been the guy in front of the Anti-HP parade. In this zinger – titled H.P.’s Blundering Board – Nocera doesn’t criticize the H.P. board for firing Hurd, but he does criticize them for suing Hurd after he joined Oracle as president.

And H.P. deserved that criticism. They really stepped in it with the lawsuit.

And Nocera put a target squarely on his chest with that post. Soon Ben Horowitz, business partner to H.P. board member Marc Andreessen, was preaching about business ethics and how right H.P. was to fire Hurd. Nocera was named in that blog post, but nowhere was there a discussion of the lawsuit that most irked Nocera.

Horowitz disclosed his conflict of interest, which was the correct thing to do – that post was the H.P. board’s first volley against press that had been critical of them.

Then came incoming chairman Ray Lane’s complaint to the New York Times, strategically leaked to press, that claims Nocera “grossly mischaracterizes the facts about why Mark Hurd had to leave HP.” This letter referred to a second article by Nocera, mostly questioning H.P.’s decision to hire Léo Apotheker as their new CEO.

And once again Hurd was dragged through the mud. And called a liar. Classy.

That was the second attack by the H.P. board against Nocera.

But they’re not done. And this time they’ve got a real hook. Nocera screwed up and didn’t disclose a rather large conflict of interest, that his fiance is the director of communications for Boies, Schiller & Flexner, the law firm that represents Oracle in its suit against SAP.

That was the knockout punch. Nocera is done talking about H.P., I’d wager. And a statement has been added to the end of his last article by the New York Times:

In the Talking Business column in Business Day on Saturday, Joe Nocera wrote about a lawsuit by Oracle against a division of SAP, claiming theft of intellectual property. Mr. Nocera learned after the column was published that Oracle was represented by the law firm of Boies, Schiller & Flexner, where his fiancée works as director of communications. To avoid the appearance of a conflict of interest, Mr. Nocera would not have written about the case if he had known of the law firm’s involvement.

Nocera’s conflict of interest aside (this is the gotcha type of conflict, not something that likely had any real impact on what he wrote), one thing is clear. If you’re press and you’re criticizing H.P., watch out. They’ll hit you back, and keep hitting until you’re done.

Those of us in the news business love to cat fight occasionally, and I’ve taken more than a few jabs at the New York Times over the years. But this is different. It smells like bullying, and I don’t like it one bit.