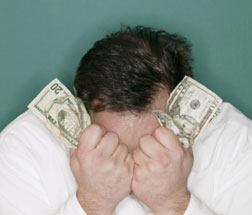 Good times are here again….well, sort of. In a new survey of venture capitalists and tech executives, 85% of respondents said that the global economy was marching slowly-but-steadily up and to the right. Last year, only 69% of respondents felt that good about the economy. It’s a surprisingly rosy picture given the drumbeat of worries over the stalling recovery and the potential for a double-dip recession.

Of course there’s good reason the everyday people who work at these tech companies may not feel so happy: While 72% of executives said they expect sales to grow, only 47% said they expected to hire more people. And the hiring outlook is worse for big companies: Only 40% of executives from technology company with more than $1 billion in annual revenues say they planned to hire over the next year. The survey was done by DLA Piper and can be read in its entirety here.

Ok, so another job-less recovery isn’t great news for the US, but these guys seem like a pretty optimistic bunch otherwise, right? Until you ask them about the venture economy. The most surprising stat: A whopping 72% of respondents said that they no longer viewed an IPO as the optimal exit for a venture-backed company. Let me repeat that: Only one-quarter of the VCs and Valley executives surveyed said their goal when starting or funding a company was to take it public. That’s like Barry Bonds going up for bat and thinking his best bet to score runs is a walk.

Peter Astiz, Co-Head of DLA Piper’s Technology Sector Practice called it a “profound, game-changing development.” He continued, “If there is a long-term expectation that the IPO market will not rebound, that means a reduction in the number of dramatic ‘home runs’ for venture capital investors and lower overall returns.  Fewer IPOs also means fewer small- and medium-size public technology companies which traditionally have been the acquirers for venture-backed company exits.”

There are always those who counter worries about a lackluster IPO market by shrugging and saying it’s acquisitions that provide the bulk of venture returns, not IPOs. That’s true. But there’s a huge difference between an acquisition so juicy you can’t say no, and not even having the IPO as the end goal in the first place. Generally, it’s the companies who could go public who get the jaw-dropping acquisition offers.

The ripple effect wasn’t lost on the tech executives polled: 59% of them said the venture business was permanently altered as a result of systemic changes in the IPO market and that shift would result in fewer VC firms and tech companies in the future.

IPOs play an important role in the broader economy as well, generating wealth and jobs and becoming the acquirer of future up-and-coming companies. IPOs are crucial to a vibrant stock market, which in turn is pretty crucial to America given how much of our 401(k) and retirement plans are invested in stocks. Grant Thornton has estimated that we need some 360 new IPOs a year to make up for the companies the markets lose due to de-listings or mergers. The US hasn’t produced those numbers since 2000, and if this survey is any indication, a big chunk of the tech ecosystem isn’t even trying anymore.