It was last July that Google dropped a nuclear bomb in announcing Chrome OS, their operating system based around their Chrome web browser. The world was different back then — namely, Google’s Android mobile operating system wasn’t nearly as powerful as it is now. But its rise has led some to wonder why exactly Google is pushing ahead with Chrome OS — or if they might abandon it? (Remember, they did lose their key Chrome OS engineer to Facebook.) Well, they’re not. All indications are that it is coming very soon now. In fact, it may even launch a month from today.

At their official unveiling event 11 months ago, Google promised that Chrome OS would be ready to by the end of this year — before the holiday season. It looks like they will be able to keep that promise, as bug comments on their Google Code site for the project indicate that the OS has already hit “RC” status — also known as “Release Candidate”. As far as I can tell, it achieved this milestone in the past few days or so, and the most recent build would seem to be 0.9.78.1 (or RC 78.1). When that number evens out to “1”, we can probably expect Chrome OS to be ready to go.

Further, the most recent updates in this thread from three days ago twice have a Google employee referencing a November 11 date. “We will push this after November 11,” the employee writes in response to a question about a specific feature. The same employee then references that date again later. It’s hard to tell for sure if that’s the date Google is targeting for the Chrome OS launch, but it certainly seems inline with everything else we’ve heard.

It’s also possible that November 11 will be a final code freeze and Chrome OS could ship a week later — maybe on the 1 year anniversary of their unveiling event last November? It’s worth nothing that the Chrome Web Store is due out this month — that will obviously be very useful for Chrome OS as well. And yes, you can probably expect at least one U.S. carrier to be on board with the official launch.

More indications that Google is quickly approaching a first build of Chrome OS includes what they’re actually working on now. Screensavers, sign-in screens, and highlight colors — in other words, a lot of UI elements, the icing on the cake.

I’ve reached out to Google for comment and will update if I hear back.

Update: And here’s the statement from Google:

“We are very happy with the progress of Google Chrome OS and expect devices will be available later this year. We’ll have more details to share at launch.” 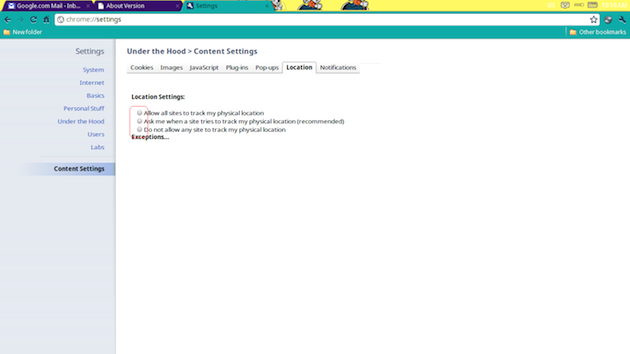