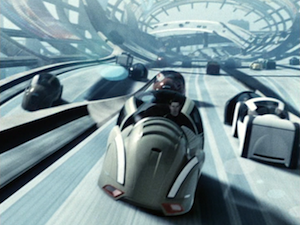 Google made a stunning revelation this morning: the existence of a secret self-driving car project. Even more amazing: it has been in testing for months, on actual roads across California, and things seem to be running smoothly. Fans of Total Recall, Minority Report, and Knight Rider are hyperventilating at the prospects. And while the technology is likely still a long way from being widely implemented (The New York Times piece on it suggests eight years), there is one big question: why?

Google’s answer seems to be a “betterment of society” one. “We’ve always been optimistic about technology’s ability to advance society, which is why we have pushed so hard to improve the capabilities of self-driving cars beyond where they are today,” Google engineer Sebastian Thrun, who spearheaded the project (and also runs Stanford’s AI Labs, and co-invented Street View), writes today.

That’s great. But Google is still a public company in the business of making money for its shareholders. So one can’t help but wonder what, if any, money-making prospects there are here?

“The Google researchers said the company did not yet have a clear plan to create a business from the experiments,” according to the NYT. Further, they quote Thrun as saying that this project is an example of Google’s “willingness to gamble on technology that may not pay off for years.”

We know Google has a history of idealism — co-founders Sergey Brin and Larry Page, in particular — but this project cannot come cheap. And the fact is that Google remains basically a one-trick-pony when it comes to making money. They are so reliant on search advertising revenues, that if something suddenly happened to the market, they’d be totally screwed. Android may prove to be their second trick, but it’s not there yet.

But there may be more to these automated cars than just an awesomely cool concept. At our TechCrunch Disrupt event a couple weeks ago, Google CEO Eric Schmidt gave a speech about “an augmented version of humanity.” He noted that the future is about getting computers to do the things we’re not good at. One of those things is driving cars, Schmidt slyly said at the time. “Your car should drive itself. It just makes sense,” he noted. “It’s a bug that cars were invented before computers.”

If your car can drive itself, a lot of commuters would be freed up to do other things in the car — such as surf the web. One of Google’s stated goals for this project is to “free up people’s time”. That matched with Schmidt’s vision of mobile devices being with us all the time every day, likely will translate into more usage of Google.

That may sound silly and not worth all the R&D an undertaking as huge as this will require, but don’t underestimate Google. This is a company who cares deeply about shaving fractions of a second off of each search query so that you can do more of them in your waking hours. Imagine if you suddenly had an hour or more a day in your car to do whatever you wanted because you no longer had to focus on driving? Yeah. Cha-ching. 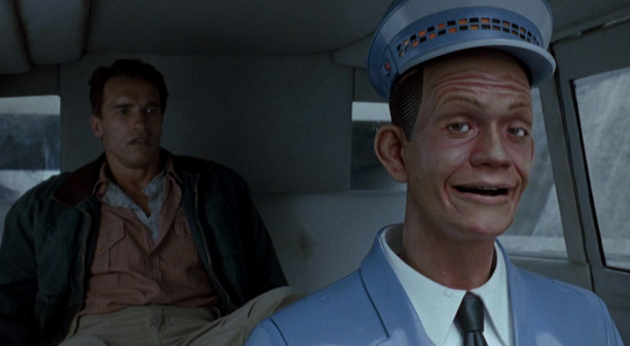 Or imagine if your on-board maps where showing you Google ads. Or you were watching Google TV in your car since you didn’t have to drive. Or you were listening to Google Music with Google ads. It’s all the same. This automated driving technology would free you up to use more Google products — which in turn make them more money. Make no mistake, Google will enter your car in a big way. And automated driving would up their return in a big way.

And, of course, none of this speaks to what, if anything, Google would actually charge for such technology implementation. You would have to believe that if and when it’s available, this automated driving tech would be built-in to cars. Would car manufacturers pay Google for it and pass off some of the costs to customers? Or would this all be subsidized by the above ideas?

It’s way too early to get into that, I’m sure. And in 8 years, there will be things out there that we can’t even imagine right now. But it’s interesting to think about. The Google Car.

Now, don’t get me wrong, I have little doubt Google is being sincere in their broader hopes for such a technology. Here’s their key blurb on that:

According to the World Health Organization, more than 1.2 million lives are lost every year in road traffic accidents. We believe our technology has the potential to cut that number, perhaps by as much as half. We’re also confident that self-driving cars will transform car sharing, significantly reducing car usage, as well as help create the new “highway trains of tomorrow.” These highway trains should cut energy consumption while also increasing the number of people that can be transported on our major roads. In terms of time efficiency, the U.S. Department of Transportation estimates that people spend on average 52 minutes each working day commuting. Imagine being able to spend that time more productively.

That first part is awesome. If we could halve the number of traffic deaths each year, it would be world-changing. And if energy consumption could be cut, it could re-shape economies and save our future. But again, don’t gloss over the last part. Freeing up those 52 minutes a day to be productive — that’s a lot of potential money for Google.

And that’s great too. If Google can spend the time and money working on such amazing technology they should be rewarded for it. There’s no rule that says you shouldn’t be able to make money by changing the world. And Google can’t be praised enough for trying. 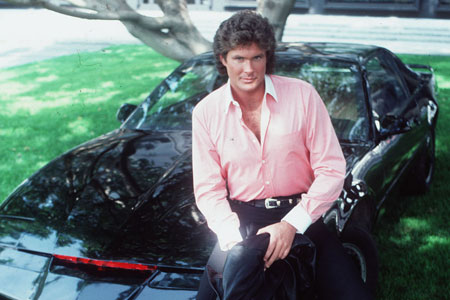