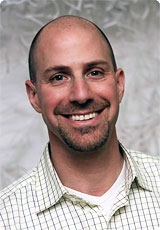 Josh Silverman, who until a few days ago was Skype’s CEO, has just joined venture capital firm Greylock Partners as an executive-in-residence. In a blog post announcing the move on Greylock’s website, the firm called Silverman a “visionary entrepreneur” and an “effective leader for amazing growth companies.”

Prior to joining Skype in 2008, Silverman served as CEO at Shopping.com, following a variety of management positions at eBay, including serving as Managing Director for Marktplaats.nl/eBay Netherlands; and leading the launch of eBay’s European Classifieds business. Before joining eBay, Silverman was co-founder and CEO of Evite, the leading social event planning site on the Web. He sold the company to IAC in 2001.

From Greylock’s blog post: Josh is a natural fit for Greylock—a serial entrepreneur and experienced chief executive with experience, drive and talent for building disruptive companies. He is one of very few entrepreneurs who have created viral consumer products that millions of people around the world love. In addition to being an established entrepreneur, he is a terrific leader who has scaled multiple hyper-growth, billion-dollar companies. Josh’s integrity, drive, and leadership are exemplary and will be a great additional aid to our portfolio companies.

During his tenure at Skype, Silverman led the company through a number of major events. eBay sold Skype for $2.75 billion last year, and this past August the company filed for an IPO. As Skype heads in a new direction, the company brought on Cisco’s Senior VP of its Enterprise and Service Provider groups, Tony Bates, to take the VoIP company public.

Silverman’s decision to go to Greylock makes sense. He has longstanding relationships with Greylock partners David Sze and LinkedIn co-founder Reid Hoffman. And Greylock invested in Evite back in the day.