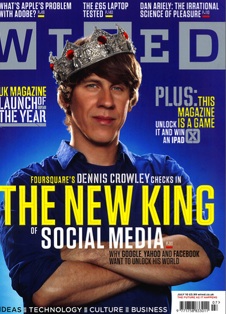 Earlier this week, Facebook was granted a broad patent on mobile location-based social networks. It seems to cover everything from members of a social network sharing their location with each other through their mobile phones to manual checkins. In other words, it sounds like Facebook just patented Foursquare’s main product.

The application was submitted in February, 2007, well before Foursquare was even founded. But it forgot to mention one thing. In the long list of more than 50 other previous patents it cites as prior art, it never mentions perhaps the most obvious patent of all: The Dodgeball patent. The Dodgeball patent lists as its inventors Dennis Crowley and Alex Rainert , the co-founders of Dodgeball, an early mobile social network acquired by Google in 2005 and shut down in 2007. Crowley, of course, went on to found Foursquare, where he is currently the CEO (Rainert also now works at Foursquare as chief product officer).

I am not a patent lawyer, but these two patents sound extremely similar. The actual title of the Dodgeball patent is “Location-based social software for mobile devices.” It describes a method to connect friends and acquaintances through mobile devices by sending each other their locations using GPS. Here is the summary of the patent: 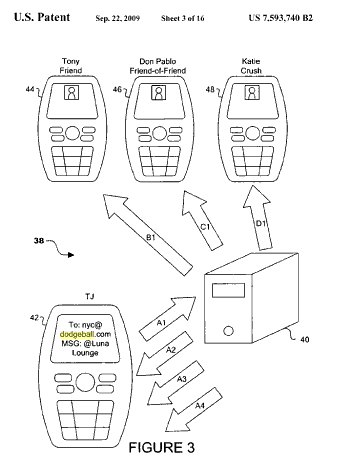 Compare that to this part of Facebook’s patent, which seems to cover the similar concept of a checkin:

Part of the Facebook patent describes other use cases as well, such as simply showing where friends are who have checked in nearby, but that is also part of the Dodgeball patent, which includes “a message generator to prepare messages to users regarding the locations of their acquaintances if those locations are proximate to the users.” At the very least, it is a little too convenient that the Dodegball patent was not listed as prior art. Did the (probably overworked) patent examiner even consider the Dodgeball patent before he granted Facebook its patent?