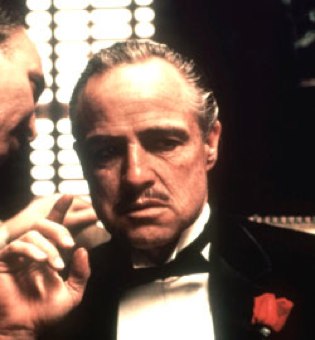 I felt left out. Everyone’s complaining about all this spam from the new Facebook Groups, but I don’t have a single email. Then I checked my Gmail spam filter, and there they were, dozens of ’em. Thanks Google!

But that doesn’t mean I missed out on all the fun. I still got to read a Fast Company article where the author got almost everything wrong. For example:

Also, after looking into Facebook Groups, even with its purportedly more user-friendly setup, there’s no mechanism to “force join” someone. You can set up a group, open, closed or even secret, and the only way to get new members is to fire off an invite to them, either via Facebook’s own network or to their extra-Facebook email address. The invitee then has an opportunity to reflect on the invite, and choose whether or not they want to join—it’s 100% opt-in.

How’d it happen? I typed in his name and hit enter. He’s my Facebook friend, I therefore have the right to add him. Fast Company apparently didn’t actually use the product, and instead invented a “security loophole” to explain things:

We’ve been investigating the setup this morning and there may be one way, suggested by a programming expert we’ve contacted, that this thing could’ve worked: It’s a kind of hack, similar to form-based hacks that’ve been around for ages, where a user is sent a form that’s masquerading as something else. When they click the link, they’re signalling to Facebook that they’re actually accepting membership of the Group. But it’s a longshot, and Facebook’s likely to have been on top of this sort of security loophole.

Anyway, back to NAMBLA and Jason Calacanis. Calacanis, who’s making a career out of hating Facebook, was extremely upset about being added to that NAMBLA group. It’s a privacy issue, he says, and could result in a lawsuit.

Except, instead of taking the time to write that email, he could have simply hit “unsubscribe.” That’s what Zuckerberg did to remove himself from the NAMBLA group. See image to left.

Update: As Danny Sullivan points out in the comments below, as soon as Zuckerberg unsubscribed I lost the ability to add him to any further groups at all, another protection against spamming and pranks.

The only thing I don’t get is how that whole discussion with Zuckerberg vanished entirely from the NAMBLA group page. As far as I can tell, that’s the only real conspiracy around this story, and it’s a weak one at that. Perhaps Fast Company’s security loophole is the culprit.

So as this story comes to an end, the only thing we’re really left wondering is how in the world our new corporate parent will possibly be able to sell ads on TechCrunch again. I should probably take NAMBLA out of the title of the post at least.