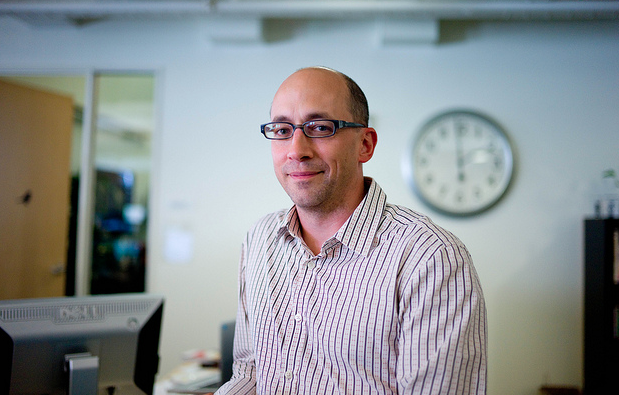 Earlier today, when Twitter announced that COO Dick Costolo was taking over the CEO role from Evan Williams, there was a bit of confusion. What’s Williams’ title going to be now? Who will be the new COO? If Williams is leading product decisions, where does that leave VP of Product Jason Goldman? And who the hell is going to run the @fakesacca account now?

Well, in an email this afternoon, Twitter has clarified things a bit. We already found out that Williams official title would simply be “co-founder” now much like Biz Stone. And we heard from Costolo that no new COO would be appointed to replaced him (the role isn’t needed under the new management structure, he says). And yes, Goldman is remaining VP of Product — he’ll just work with Williams now. But who else is doing what to lead the service?

Dick is currently the CEO of Twitter. Previously, as Chief Operating Officer, he was responsible for monetization and the day to day operations of the business. Before joining Twitter, he was cofounder and CEO of FeedBurner, a digital content syndication platform that was acquired by Google in the summer of 2007.

Ev is a co-founder and board member of Twitter and, after serving as CEO for two years, he is now focusing on product design and vision.

Biz is a co-founder of Twitter and is, quite literally, the voice of the company and brand. Biz formerly worked with the Blogger team, at Google, and before that helped launch Xanga, a social blogging network.

Greg focuses on longer-term strategic technical and product questions. He joined Twitter through the acquisition of Summize in July, 2008.

Ali manages the company’s finances. He came to Twitter in March, 2010 after serving as CFO and Senior Vice President of Strategic Planning at Pixar.

Alex manages a diverse set of teams. He comes to Twitter from being Deputy General Counsel for Products and IP at Google.

Mike runs Twitter’s engineering efforts and comes to Twitter from Palm and Microsoft.

Janet leads the HR team which includes recruiting, benefits, and payroll. Before joining Twitter, she was a consultant at Betawave Corporation and was an HR business partner at Sony Pictures Entertainment.

Kevin runs the team of Twitter folks who do our business deals from the smallest agreement to our acquisitions of other companies. Kevin previously worked at Software.com, Openwave, and Qpass in sales, product, and corporate development roles.

Katie is in charge of our international sales and strategy. She comes to us after working for the White House, State Department, Google and Yahoo!

Adam oversees all of Twitter’s sales efforts. He comes to Twitter from Fox where he was President of the Fox Audience Network (FAN), a role in which he oversaw a division that includes one of the Web’s largest advertising platforms and a team dedicated to monetizing News Corporation’s web properties and hundreds of third-party online publishers.

You’ll note one name not on that list: co-founder Jack Dorsey. Though he remains Chairman of Twitter’s Board, Dorsey hasn’t been involved in the day to day operations of the site since Williams replaced him as CEO almost exactly two years ago. Dorsey, of course, has his own new startup now, Square.

Also absent: word on who is running the @fakesacca account now. That responsibility used to fall upon Costolo, we hear. But he may have other things to do now — the account hasn’t updated since May! Luckily, there is always @fakesacca2.