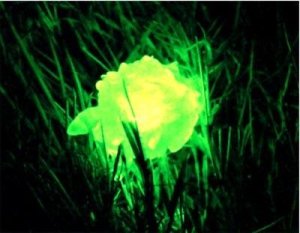 There were two surreal moments for me at Disrupt last week. The first was during the SV Angels Party when Hammer was dancing. It wasn’t just because MC-Freaking-Hammer was doing the Hammer dance in a tux and nerd glasses in front of me. It was because the CEO and founder of the media company I work for were on stage looking awkward and white, but dancing none the less. It was because I’ve hung out with Hammer at parties and conferences like the Lobby– two unlikely people sucked in to the Web 2.0 vortex. It was because I ran into the founders of Digg, separately and in different rooms at the party. They were like brothers the first time I met them, and now– no matter what they politely say on stage– they were estranged, with one ousted and the other trying to turn the once-hot company that helped start the Web 2.0 wave around. It was a feeling that something was ending.

The feeling was echoed the next day watching Kevin Rose and Michael Arrington on stage. For my corner of the Web 2.0 world these were two of the most seminal figures. I put Rose on the cover of BusinessWeek at the beginning of the wave, an article that got me a book deal that ensured I’d spend the next year surrounded by people like Max Levchin, Peter Thiel, Mark Zuckerberg and others. And Arrington was the only other reporter I knew back then who wasn’t a total cynic about Web 2.0 companies’ chances. Eventually I’d find we were so like-minded that I wanted to work with Mike– finally leaving my old-media roots behind. One word has summed both of these guys for a while now: Tired.

The first wave of Web companies never got here, most grew so fast they went public or raised an unsustainable amount of money, hiring an unsustainable amount of employees and when the spigot of free capital was gone they had no choice but to implode. But that didn’t happen in Web 2.0– precisely because it had happened so recently in the late 1990s. People like Kevin and Mike were cautious. They ran their businesses at break even, raised money cautiously, and outsourced business processes– like ad sales and even some underlying technology– that weren’t core to the business. For all the talk about a second Web bubble, most of the companies on covers of magazines were pretty conservatively run. As a result they had plenty of money in the bank when the recession hit. Sure there were employees cut here or there, but most of that was to get rid of people who were underperforming or make a show of belt tightening for investors.

But it was still a wave, an unsustainable ride of hope, big dreams, a feeling of invincibility that had to crash– and for me, mostly ended last week when TechCrunch was sold. But the recession didn’t crash this one– exhaustion did. Building media companies– which is what most Web 2.0 businesses are– is a grind. You can’t build a huge business with less than 20 million monthly uniques and getting there is a brutal day-in, day-out grind of producing great work, making the site as intuitive as possible and continually finding reasons to remind people you are worth 5 minutes of their day everyday. This is the part of the story we don’t tell enough on TechCrunch. We make startups sound easier and more glamorous than they are. Everyone in the game knows that–but we probably do a disservice to people who think all they need is a Super Angel and in two years they’ll get a deal from Google.

On stage Mike asked Kevin what the most amount of money he’d walked away from was and he said $80 million. Mike asked if Kevin regretted not taking it, and he didn’t really answer the question. It was clear from his body language that at least part of him did. In that moment, they looked like two men both slightly jealous of each other– one because the other said yes and one because the other said no.

In any Silicon Valley wave there are the clear huge winners– Facebook and likely Twitter and Zynga. There are a few clear huge businesses, and I’d argue LinkedIn is in that category. And loads of companies that are clever-but-doomed. And then there are a bunch where we just don’t know. They are clearly worth something, in the case of Slide or TechCrunch and, hopefully, Digg they’re worth enough that the founders who worked so hard for so long make a life-changing amount of money. But in some ways, when these founders finally succumb to the grind, it’s almost sadder for those of us who were along on the journey– whether investors, employees, friends or just users of their sites.

I remember the day when the Industry Standard– the magazine that chronicled the 1990s bubble and held weekly rooftop parties– went out of business. I covered the news for the tiny weekly business journal I wrote for back then, and drove up to San Francisco as employees were forlornly cleaning out their offices– all of them. It reminded me of the last day at college, when everyone takes every scrap of their life out of a dormroom never to return. I did an interview with the Editor that made me feel like an ambulance chaser. His dream was in shambles all around him and his staff of hundreds were out of jobs. Media people are impossible at faking how they feel. I couldn’t do it when TechCrunch announced it was selling, and this guy couldn’t do it now. One of his star writers told me it was like that scene in Goodfellas where the crew feels on top of the world like they own a town– and then they get sloppy and everything goes to hell.

Back at the Hammer party, it was my Goodfellas moment, albeit a far less dramatic one. I didn’t have an office to pack up and we all still have jobs, but I couldn’t help feeling like it was all over. Not TechCrunch or Digg or Facebook or the other companies we associate with the wave, but the wave itself. It has crashed on a beach of exhaustion, and people who said they’d never sell for less than $1 billion doing just that. More of it is coming.

TechCrunch has been unlike any other media organization for which I’ve worked– whether newsweekly, magazine, television, or big media portal. We could all leave in three years and start another one but it won’t be the same, Web companies are organic things shaped by a million little small decisions and dozens of people who pass through that company’s life every day. There’s a magic that catches or doesn’t. Business professors and journalists can later dissect what companies did right, but frequently at the time pivotal decisions were a fluke.

There’s an endless debate about the good and bad of selling a company that’s still growing in the Valley right now. There’s the obvious macro-economic answer: Everyone selling too early is bad, because no new tech giants are created. There’s the obvious micro-answer: A few million dollars is life changing for most people, and those entrepreneurs deserve to make a life-changing amount of money. In a lot of ways, Disrupt was in the middle of that debate all week. The same Michael Arrington who called out investors who just fund “dipshit $40 million companies” sold his company for a reportedly similar figure the next day. Like most people, I find both arguments compelling. But the important thing to know is this: You can do it again, but you will never create the same company twice.

At that Hammer party I ran into a friend who has built several successful companies– and always refused to sell at their headiest point. He asked me what I thought of the AOL deal. I asked what he thought. He laughed and said, “You’re talking to someone who has managed to evade seven successful exits, don’t ask me.” Yeah. That sums up the end of the Web 2.0 era angst.