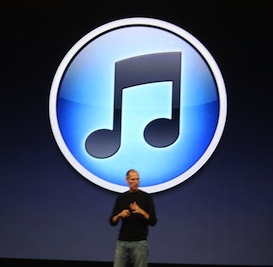 Much has been said about Apple’s foray into “social networking” (at least into what they consider that term to entail) with the introduction of Ping, part of the company’s iTunes software.

Some are positive about its chances, saying it is merely the seed of amazing things to come, others much less so.

I concur with the latter group and deem the product to be horse dung, 160 million potential users be damned.

Yes, they recently did make it a thousand times better when they added the ability to like / share a song you’d already purchased in the past.

But that only tells me just how badly it reeked before that (I’m actually quite positive some people at Apple got stomped for not adding support for Ping within users’ existing iTunes libraries from the get-go – at least I should hope so).

And it appears to me that it’s still a feature no one quite seems to have been waiting for.

Yes, you say, but had Facebook and Apple not jointly pulled the plug on Facebook integration at the last minute, I’d see things more clearly. I would realize how awesome it will be once you can actually connect with your real friends, transfer music recommendations and share purchases in and out of Ping, courtesy of Facebook.

Well I say it wouldn’t make the product suck that much less, and it won’t once it eventually gets implemented in some way (Facebook’s CTO is “very confident” it will, apparently).

I’ll happily stick my foot deep in my mouth if it turns out Facebook integration is what Ping needs to shine, but I’m decidedly bearish on the chances of that happening any time soon.

Don’t get me wrong: Ping needs Facebook integration to make it a little more useful, or fun for that matter. But a little useful or fun is not what people want – there are so many better music discovery and relevant social networking services out there that the only thing Ping has going for it is its potential audience thanks to the success of iTunes. But purely as a product, it simply stinks right now (particularly on the desktop), and people realize as much.

We’re a month in since Ping made its debut. No doubt, you’ve checked it out en masse. You’ve started following some of your friends and perhaps even a couple of artists, and some even people started following you. But have you really used the product a lot since? Have you discovered a lot of music thanks to it? Have you effectively connected with any of the people you follow, let alone with the artists pimping their wares on the service?

I simply don’t see any of that changing fundamentally when Facebook integration ever comes to fruition, if it ever does.

And as a result, it’s not a very lively one.