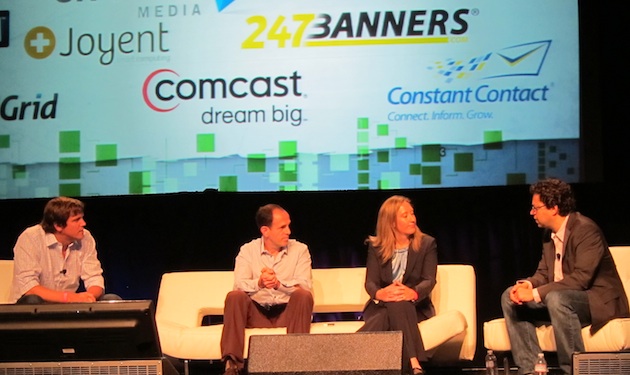 Last month, we noted that PayPal would soon launch a new version of their iPhone app that would be more check-friendly. That app should be released in the next day or so, PayPal’s Laura Chambers revealed on stage today at our TechCrunch Disrupt conference in San Francisco.

On a panel alongside Keith Rabois from Square and Holger Luedorf from Foursquare, Chambers said that this new app will allow you to take a picture of the front and back of a check with your iPhone camera, and it will be added to your PayPal balance.

Such functionality has been explored by some banks already, and it’s a very useful technology. Chambers notes that the ability to do this actually stemmed from the terrorist attacks of 9/11 nine years ago when much of the infrastructure of the U.S. was either shut down on purpose or was struggling under the weight of demand. The U.S. then started to pass legislation to make things like this possible. Such a system allows you to easily transfer money under a variety of situations, obviously.

Of course, as Rabois noted, Square is trying to go one level beyond that and get rid of checks entirely. That would be even more convenient.