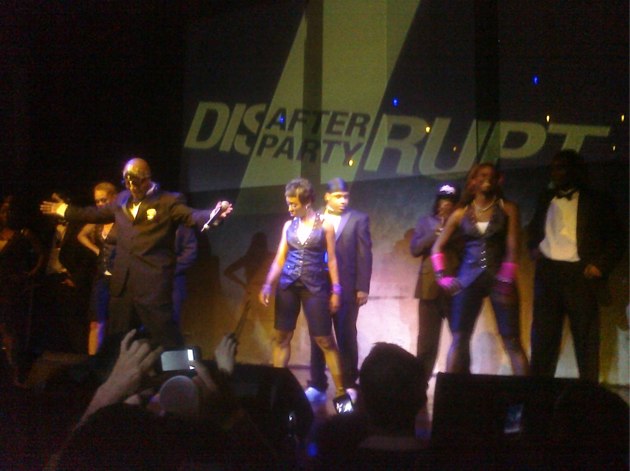 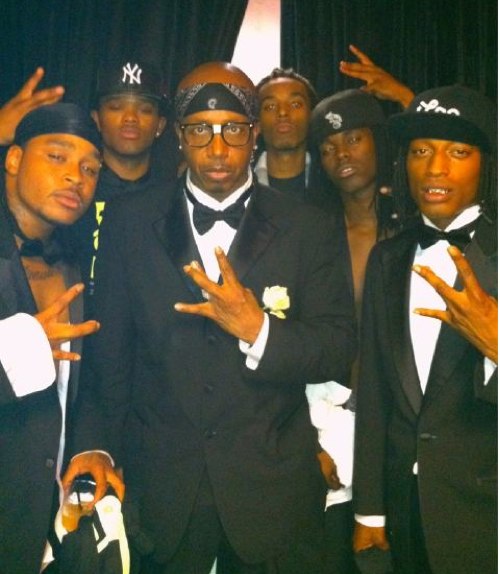 But the day ended on a perfect, perfect note: MC Hammer, who most definitely still has it, did a full performance at 1015 Folsom in San Francisco. 2,000 people packed in to the club and were immediately rewarded with MC Hammer and his dancers doing things that made every single person wildly happy. Not one person wasn’t dancing. It was, as I occasionally say, awesomeness in a bottle. 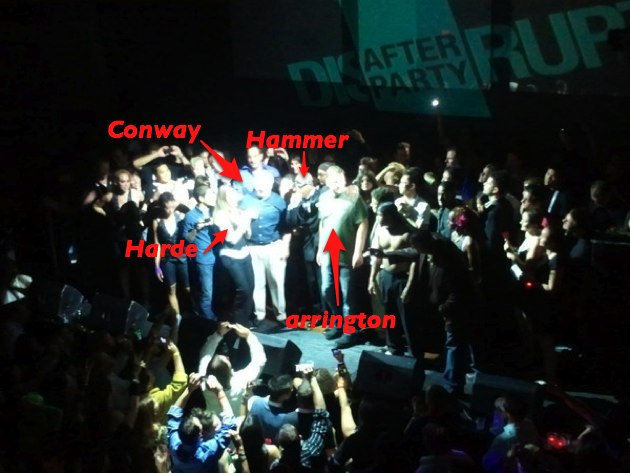 My coeditor Erick Schonfeld, who had been celebrating for more than a couple of hours at this point, insisted we was a dancer and asked me to hold his jacket while he jumped out on stage. Security (the security that’s supposed to keep everything orderly), suggested he not. So much for that plan.

Later though he redeemed himself by opening a bottle of champagne all over Jennifer Allen. I note that he smuggled the champagne into the event after stealing it from Ron Conway’s home. And to be clear, he brought this to an event that had free drinks.

But other than that slight security issue everything was pure magic. Hammer brought these amazing dancers that did amazing things. But a minute later Hammer, who’s nearly twice their age, busted out some impossible Hammer dance invention that separated the men from the boys, so to speak. I watched mesmerized with a goofy grin on my face the whole time. And gave Hammer a big sweaty hug as he walked off stage with the entire crowd wanting to see it all over again from the top.

Even Chamillionaire, fresh off of a poetically brilliant rant on stage at Disrupt, was part of the party.

For an hour tonight, we had 2,000 tech lovers in one room. A room full of bonhomie and general warmth and goodness. That’s all thanks to MC Hammer.

Thank you to Hammer, to Google Ventures and SV Angel for making this day absolutely perfect from start to finish. Now, off to bed for me. Day Three of Disrupt Awaits!