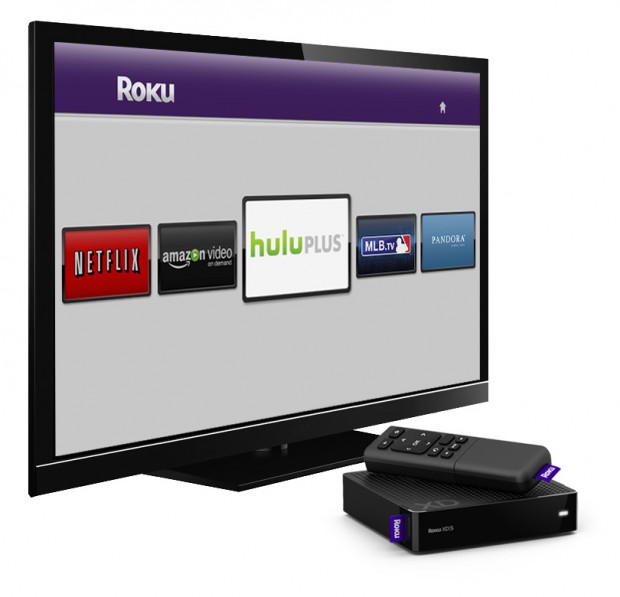 We had a feeling this was going to happen. It just felt right and sure enough, Roku just issued a press release confirming that Hulu will hit Roku players later this Fall. It will come in the form of Hulu Plus and carry the standard $9.99 per month subscription fee. Apple TV? Yeah, this is certainly a bit of an Apple TV buzzkill. It pretty much changes the entire landscape for media streamers. It even sort of knocks the wind out of the $199 Boxee Box.

Look at the simple economics. The latest Roku hardware brings a bunch of features including 1080p video, USB playback, 802.11n wireless, and more for less than $100. But content is king and this is where the Roku players set itself apart from others like the Apple TV. There are over 75 media content channels already available. Sure, many of those are items you’re never going to watch, but Roku has all the big ones in: Netflix, Pandora, Amazon, Vimeo, Revision3, and now, most importantly, Hulu Plus. Even with the $10 monthly charge, it’s still a killer deal and makes the Roku devices perhaps the best alternative to traditional pay TV services.

Just like other Roku channels, Hulu Plus will hit the older models as well as the current crop. That’s one of the best characteristics of the Roku system actually. The company is committed to rolling out content for all its devices, not just the latest models.

However, there’s nothing in the press release indicating this deal is exclusive to Roku. There’s still a chance that it will hit other media steamers as well — including the new Apple TV and Boxee Box. But at least Hulu is on major device now. Can anyone smell that? There’s a hit of revolution in the air.

Hulu Plus Coming this Fall on All Roku Streaming Players

Saratoga, Calif. (September 28, 2010) Roku, Inc., maker of the best-selling and award-winning Roku streaming player, and Hulu™, the leading online TV service, today announced a partnership to offer the Hulu Plus™ service on all Roku players. The Hulu Plus channel will be available via subscription to all Roku customers later this fall.

Hulu Plus offers one of the deepest offerings of TV shows, both current and classic, on a streaming platform to subscribers in the U.S. Through Hulu Plus on Roku, TV lovers can watch every episode of more than 45 current hit programs from ABC, FOX and NBC like Modern Family, Grey’s Anatomy, Glee, Family Guy, The Office and 30 Rock. In addition, TV lovers will be able to enjoy full series runs and numerous back seasons of dozens of classic shows like The X-Files, Law and Order: SVU, Arrested Development, Saturday Night Live, Miami Vice, Ugly Betty, Quantum Leap, Buffy the Vampire Slayer, Angel, Roswell and Ally McBeal. The Hulu Plus channel will be available via subscription to all Roku customers later this fall.

“We are excited to bring Hulu Plus to all Roku users,” said Pete Distad, VP of Content Distribution for Hulu. “With Hulu Plus on Roku, TV fans will have an easy way to stream to their TVs the shows they love, whenever they want.”

Roku pioneered the streaming player category in 2008, and recently launched its new line of HD streaming players starting at $59.99, featuring the largest collection of streaming entertainment available for the TV, and the lowest prices in the industry.

“We’re thrilled to be able to provide Hulu Plus subscribers with the most inexpensive device to stream Hulu content to their TVs,” said Anthony Wood, founder and CEO of Roku, Inc. “Hulu continues to be an amazing innovator in online entertainment, and Roku is an ideal platform to bring their content back to the living room and high definition televisions where it is best viewed.”

The market leader in streaming entertainment devices for the TV, Roku has always believed that anything you want to watch, listen to, and enjoy should simply be there on your TV, whenever you want it. Roku streaming players are renowned for their simplicity, variety of entertainment choices, and exceptional value. Roku is privately held and based in Saratoga, Calif. For more information on the company and its products, visit: http://www.roku.com.

About Hulu
Hulu is an online TV service whose mission is to help people find and enjoy the world’s premium content when, where and how they want it. As we pursue this mission, we aspire to create a service that users, advertisers and content owners unabashedly love. Hulu was founded in 2007 and is operated independently by a dedicated team with offices in Los Angeles, New York, Chicago, and Beijing. NBC Universal, News Corporation, The Walt Disney Company, Providence Equity Partners, and the Hulu team share in the ownership of the company. (www.hulu.com)

TIVO WILL OFFER HULU PLUS ON TIVO PREMIERE DVRS
ALVISO, CA – September 28, 2010 – TiVo Inc. (NASDAQ: TIVO), the creator of and a leader in advanced television services including digital video recorders (DVRs) for consumers, content distributors and consumer electronics manufacturers, today announced that it has teamed with Hulu™ to provide TiVo® Premiere DVR subscribers with access to the full-array of Hulu Plus™ content streamed instantly to their TVs. The Hulu Plus channel will be available via subscription to all TiVo Premiere customers in the coming months.*

The agreement solidifies TiVo’s leading position as the only one-box solution on the market that delivers the most complete entertainment content to the TV with the unmatched ability to use one user interface and one remote to access a sea of broadband, linear and video on demand content.

Hulu Plus offers one of the deepest offerings of current TV shows on a streaming platform to subscribers in the U.S., including every episode of more than 45 current hit programs from ABC, FOX and NBC like Modern Family, Grey’s Anatomy, Glee, Family Guy, The Office and 30 Rock. In addition, TV lovers with TiVo Premiere DVRs will be able to enjoy full series runs and numerous back seasons of dozens of classic shows like The X-Files, Law and Order: SVU, Arrested Development, Saturday Night Live, Miami Vice, Ugly Betty, Quantum Leap, Buffy the Vampire Slayer, Angel, Roswell and Ally McBeal.

“Adding Hulu Plus to TiVo’s content offering was really the key missing piece to the programming portfolio that TiVo needed in order to deliver a truly comprehensive advanced television offering on the market today – bar none,” said Tara Maitra, VP & General Manager, Content Services and Ad Sales, TiVo Inc. “TiVo is the complete TV entertainment solution. No other service is as robust or offers consumers the ability to access live TV, Web video, and video on demand content from one box like TiVo does.”

Pete Distad, VP of Content Distribution for Hulu, said, “We are laser focused on helping people find and enjoy the world’s premium video content when, where and how they want it. Our goal for Hulu Plus is to provide as much consumer choice as possible, and Hulu Plus on TiVo’s Premiere DVR offering is a compelling way for us to drive our mission forward.”