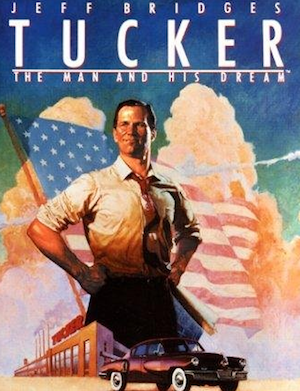 That was Clarium Capital President Peter Thiel talking to our own Sarah Lacy on stage during TechCrunch Disrupt today. His point was that Internet innovation today is much like innovation in the automobile industry in the 1950s and 1960s. That is, there isn’t much — it’s all about the big boys, in Thiel’s mind.

Thiel kept coming back to this point during his talk. Given this, Sarah was especially curious about his early Facebook investment. While Thiel said that he believes that Facebook is currently undervalued at $30 billion, he would think twice about funding a startup like Facebook today. Again, he just doesn’t believe there’s going to be a lot that’s happening that isn’t dominated by the big boys.

At the same time, he said that the bigger tech companies are mostly stagnant. He singled out Microsoft, IBM, Oracle and others in this group. These guys are more interested in voting for the status quo rather than for innovation, in Thiel’s mind.

But Apple, he said, is remarkably still innovating. Facebook is as well mostly thanks to founder/CEO Mark Zuckerberg, who Thiel said reminds him of Steve Jobs. Google is sort of in between stagnation and innovation — and they run the risk of veering towards stagnation if they focus on their search monopoly, Thiel warned.

Thiel is trying to shake this stagnated mentality up a bit by now funding kids to drop out of school. But he still thinks other industries — like the ones from sci-fi in the 50s: space exploration, AI, and biomedical — are the things worth investing in now.

All of this is interesting — and undoubtedly controversial. Or perhaps Thiel just watched Tucker: The Man and His Dreams recently.