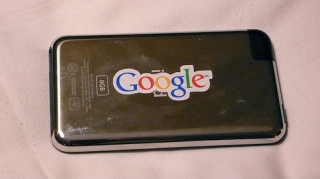 Back in June of last year, a report in The Washington Post stated that the U.S. Department of Justice had begun a probe looking into the hiring practices of some of tech’s biggest companies. The probe was at its early stages at that point, but they were specifically looking into if any companies had agreements in place not to recruit one another’s workers. In August of last year, we reported that two of those companies, Apple and Google, did have such an agreement in place — and we even obtained an email that seemed to confirm it. Neither Google nor Apple responded to our request for a comment on the issue. Of course, they couldn’t sidestep the DoJ so easily. And today, the government is announcing a settlement on the issue.

Specifically, the DoJ is saying it is settling with six companies — Adobe, Apple, Google, Intel, Intuit, and Pixar — ensuring that they will not enter into no solicitation agreements for employees going forward. In the complaint and settlement proposal they’re filing today, the DoJ is saying their findings indicate that there were agreements in place between a mixture of these companies over the years that prevented poaching. Here’s how they outlined it:

Again, Apple and Google is the one we reported on.The DoJ says:

Beginning no later than 2006, Apple and Google executives agreed not to cold call each other’s employees.   Apple placed Google on its internal “Do Not Call List,” which instructed employees not to directly solicit employees from the listed companies.   Similarly, Google listed Apple among the companies that had special agreements with Google and were part of the “Do Not Cold Call” list.

That’s pretty much exactly what we had heard for our source on the matter. Here’s the key part of the email we obtained back then when someone from Google accidentally did cold call an Apple employee:

Google has an agreement with Apple that we will not cold call their staff.

Further, we heard that when Google CEO Eric Schmidt stepped down from Apple’s Board of Directors in the Summer of 2009, that agreement (which was of the under-the-table variety among executives at both companies) may have been called off. As we’re all well aware, the companies began to be at odds with one another at that point. You’ll note that the 2006 timeframe when the DoJ believes the agreement began is when Schmidt first joined Apple’s Board.

Even more interesting in the DoJ’s findings may be that Apple and Adobe actually had an agreement in place not to poach employees as well. Yes, the two companies that hate each other. From the DoJ report:

Beginning no later than May 2005, senior Apple and Adobe executives agreed not to cold call each other’s employees.   Apple placed Adobe on its internal “Do Not Call List” and similarly, Adobe included Apple in its internal list of “Companies that are off limits”

The Apple and Pixar agreement should be no surprise given that Apple CEO Steve Jobs has led both companies in the past.

The DoJ notes that the settlement still has to be accepted by the courts (but you have to believe it will be) and that it will put these new competitive rules in place for five years. Here’s the key:

Although the complaint alleges only that the companies agreed to ban cold calling, the proposed settlement more broadly prohibits the companies from entering, maintaining or enforcing any agreement that in any way prevents any person from soliciting, cold calling, recruiting, or otherwise competing for employees.  The companies will also implement compliance measures tailored to these practices.

The DoJ also notes that this complaint/settlement is a part of the larger antitrust inquiry into employment practices by high tech firms. And it says that they’re continuing to investigate other claims.

Update: And further confirmation from Google on the matter:

In order to maintain a good working relationship with these companies, in 2005 we decided not to “cold call” employees at a few of our partner companies. Our policy only impacted cold calling, and we continued to recruit from these companies through LinkedIn, job fairs, employee referrals, or when candidates approached Google directly.