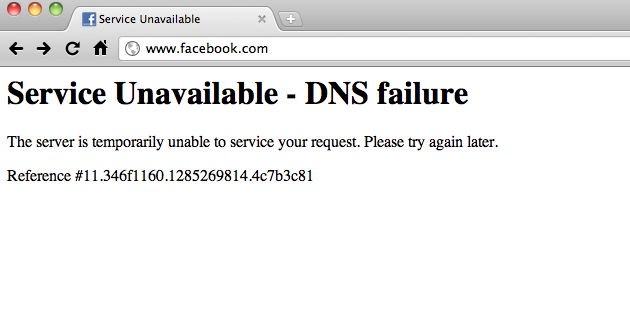 If you’re currently writing us an email to tip us that Facebook is down, you can stop — we’ve gotten a few hundred of those in the past few minutes. Yes, Facebook appears to be down at the moment. I’m currently getting a DNS failure message (above), others are apparently seeing other things. (Update: I’m told that DNS message is actually an Akamai server error.)

This is a problem not just because the site is down, but Facebook’s omnipresent Like button is also completely down, and so is Connect, and Platform — in other words, the entire Internet (or a good percentage of it) is feeling this pain. We’ve reached out to Facebook to see what is up. More to come.

Current Status: API Latency IssuesWe are currently experiencing latency issues with the API, and we are actively investigating. We will provide an update when either the issue is resolved or we have an ETA for resolution.

You’ll also note that they had the same issue yesterday for a few hours — and yes, there were a number of reports yesterday of Facebook’s site being down as well.

We’re currently experiencing some site issues causing Facebook to be slow or unavailable for some users.  We are working to resolve this issue as quickly as possible.

Update 3: It appears that after well over an hour, Facebook is finally back. We can probably expect to hear more from them shortly about the cause of the problem.

Update 4: And here are the details about what caused the massive failure today — Facebook’s worst in 4 years. 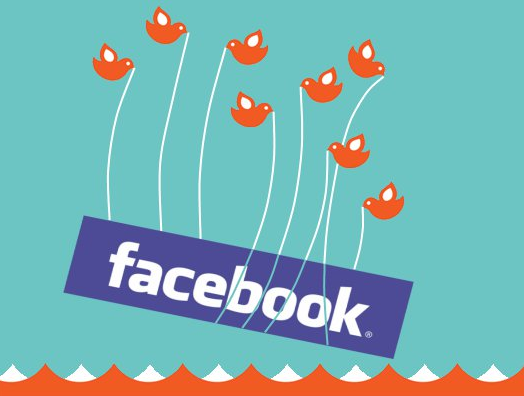