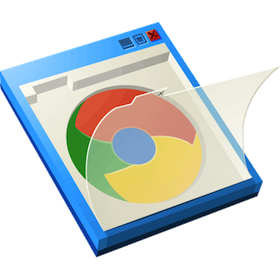 I love the whole concept of Google Chrome Frame. It’s Google spitting in the face of Microsoft and showing them that their software isn’t good enough for the modern web — by recreating it as Google software. Granted, Microsoft finally looks to be evolving with IE9, but they had years to do that, so Google stopped waiting and did it for them. Ballsy. Brilliant.

But Chrome Frame, which became an official stable product today after a few months in beta, has had one major weakness: it requires administrator rights to install the plug-in. Sadly, that’s something a ton of users in corporate environments don’t have. And that’s one segment that needs Chrome Frame the most, because they don’t have the option to install another browser. But Google is working on getting around that requirement.

The search giant said as much in their post today announcing the stable build of Chrome Frame. “We’ve set aggressive goals for future releases: we’re working on making start-up speed even faster and removing the current requirement for administrator rights to install the plug-in,” Google engineer Tomas Gunnarsson writes today. He doesn’t elaborate as to how exactly they’ll do that, but they’re working on it.

He also notes that Google is putting Chrome Frame on the same rapid release cycle as the rest of Chrome. That means a new version every six weeks or so. That’s like a fraction of a nanosecond in IE release cycle years.

And finally, full Gmail and Google Calendar support is coming to Google Frame in the “near future,” Google says.