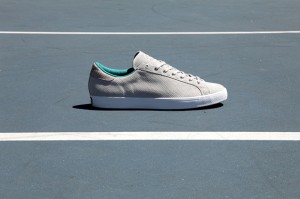 With the news this week that the recession officially ended in June 2009, there’s a ton of commentary about how it still feels like we’re in recession. But from where I sit, it never felt much like a recession at all. Revenues tightened up and people didn’t get raises, but I don’t know any friends who lost apartments, few who lost jobs and few companies that went under, just because of the crash.

Compare that to the post-2000 crash, when I’d estimate that half of my friends in the Bay Area were laid off and out of work for months or in some cases, years. I may sound like those old grandmas who insists on rinsing and reusing paper towels because they never got over the Great Depression, but honestly, that was a recession. This thing we just went through? From the Valley standpoint it was an excuse to trim fat and put some decisions off.

This should seem obvious– after all we’d been built up to a crazy level in the late 1990s, propped up by IPOs that weren’t sustainable. But somehow I keep finding myself in this debate– including in China at the World Economic Forum last week– and the broader business press keeps projecting that this was “the big one” when for a lot of us out here, it just wasn’t.

Well, I’m tired of having the debate, so I spent the afternoon digging up some stats to back up my anecdotal sense of things. Spoiler alert: I was right. We–meaning Silicon Valley– got off pretty easy this time around. When I say “Silicon Valley” I mean that as the universe of American tech startups not the geographical area, although there’s clearly a lot of overlap.

Here are the results: There was a downturn in all six metrics in this last recession but it only lasted from the third quarter of 2008 through the first quarter of 2009, compared with an 18 month retrenchment from the first quarter of 2000 through the middle of 2001. (In general, that is. Some measures bounced back quicker.) And don’t forget– that was the period when Sequoia Capital sent out its death-and-destruction-are-coming memo instructing people to cut the fat and cut spending. That pull back is called catching your breath and being prudent, not a true correction because a market was overheated. In the middle of the recession I wrote that things weren’t so bad in the Valley because we weren’t the cause of the downturn this time, we were just an innocent bystander. But as it turned out, we were more of a bystander that got splashed with water than a bystander that sustained any real collateral damage.

Now let’s look at money from liquidity. That matters, because that’s the big money that sloshes around an economic area that makes people feel rich– paying for dinners, buying houses and having a lot of ripple effects on other parts of the economy. The number of acquisitions dropped a similar amount– 15% in the recent recession and 18% in the post-2000 crash. But the proceeds from acquisitions took a bigger hit in the post-2000 era, at 66%, than it did in the 2008 crash at just 26%. Translation: The going rate for companies fell this time around, but wasn’t decimated. In the post-2000 crash, acquisitions bounced back quicker than other stats — not hugely surprising as VCs were likely incentivized to move some properties that suddenly couldn’t go public.

That brings us to IPOs, where we see the biggest difference. In the post-2000 crash IPOs fell a whopping 93% in one year’s time and the amount raised from IPOs fell 94%. The startup universe went from a peak of nearly 70 deals in the first quarter of 2000 raising a combined $7.3 billion to just five deals raising $467 million. That can make a whole company, a whole industry and a whole major economic area feel destitute in a flash. Comparatively, the startup universe went from six IPOs in the first quarter of 2008 to four over the next five quarters, raising about the same amount. Simply put– there was little room for IPOs to fall during this last downturn.

And that last stat is the one that drives all the others. Valuations and the number of deals did soar in the Web 2.0 era but it had nothing to do with exits or the broader market, so the broader market didn’t tank them. What did drive the increase? Some was legitimate new value being created online– or rather displaced from traditional media. But a lot of it was our own economic cycle of an overheated venture capital universe that lags the market-based economy by years, because venture capital funds invest and exit over ten year periods– meaning a correction isn’t immediate and the broader market was buoyed up when asset managers went to reinvest a few years back, putting off a shakeout even further. So there are loose correlations but little direct cause-and-effect.

What about jobs, you might ask? After all, numbers came out a few days ago showing that the Bay Area– while slightly better than the State as a whole– has unemployment of around 9%, almost double what it was pre-downturn and comparable to the national numbers, which are causing plenty of pain. That’s where we get to the difference between “Silicon Valley” the geographical place and “Silicon Valley” the lazy shorthand for venture-backed tech startups. Dig a little deeper into the numbers and you’ll see that in terms of local job losses construction was the hardest hit, with sectors like retail and personal financial professionals, in part being replaced by technology tools, also hit.

My point: Stop whining. If you couldn’t raise money your company probably wasn’t working, which doesn’t mean it was bad, it just means you were a startup trying to do something risky that didn’t work. If no startups go under–in good times and bad times–entrepreneurs and investors likely aren’t taking enough risk. If you lost your job–and you work in tech– you likely either worked for a public company that had more systemic problems (cc: Yahoo, eBay) or the recession was an excuse to get rid of you. Either way, you likely have been rehired somewhere since. The verdict is in: It wasn’t just like 1999. It wasn’t bubble 2.0 and it certainly wasn’t dot-com crash 2.0.