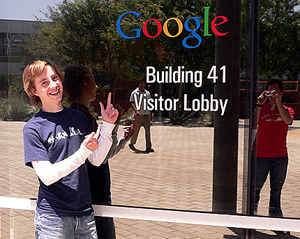 In a further step in the direction of transcending all world government, Google has decided to post a Transparency Report or a map of where its services are blocked in different foreign countries, in an effort to discourage “censorship.”

For those of you that haven’t been following along, Google has had some governmental run-ins lately. Most recently in the news were the several hundreds of thousands of people who opted out of Google Streetview in Germany. A closer look at the Germany situation would have made it more clear that movements to restrict privacy in this case were actually a win for Google, as the German government came to the conclusion that yeah it’d be great if Google would volunteer to protect data, but the company was not actually party to any governmental regulation.

From the Google blog:

“When Google’s services are blocked or filtered, we can’t serve our users effectively. That’s why we act every day to maximize free expression and access to information. To promote transparency around this flow of information, we’ve built an interactive online Transparency Report with tools that allow people to see where governments are demanding that we remove content and where Google services are being blocked. We believe that this kind of transparency can be a deterrent to censorship.” 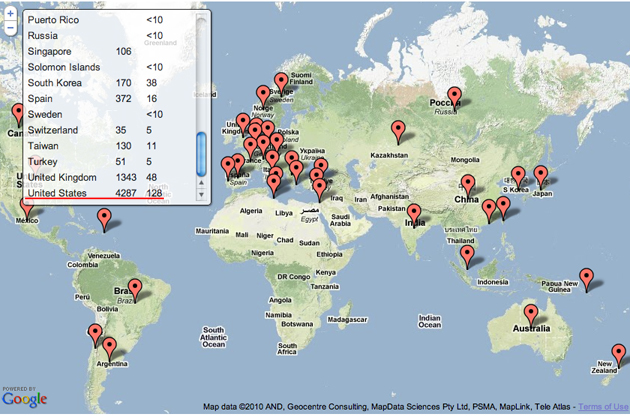 And while the examples of the firewall in China and YouTube still being down in Iran will be the talking points on this, let’s take a look at what country has more combined removal requests and data requests than any other (for many complicated reasons). That’s right none other than the bastion of Internet freedom, the good ole U.S. of A.

And China isn’t even included on the report, because apparently this data is considered a state secret, not to be published!

How transparent is that?

A quick peruse through the Google Transparency FAQ reads like something out of a special intelligence briefing.

Let’s get some perspective here: What if any other company in any other industry decided to do this? Like Oscar Meyer posting realtime updates of countries that didn’t eat hotdogs, as part of some initiative against hotdog censorship? Now I’m not saying that hotdog eating and the right to search freely are equivalent, just that regardless of whether you think lack of access to Google is censorship, business should not be confused with what is right, even if, like in this case, it happens to be.

So Google, you’re really serious about this taking over the world thing? Enough at least to build a page of realtime updates to the status of your conquests.