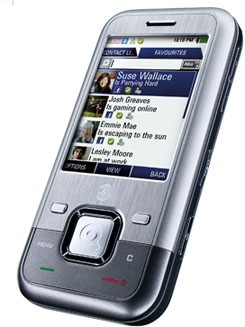 It was a little less than a year ago that we broke the news that Google was working on a phone of its own – which was eventually revealed as the Nexus One. It was about that time, says out source, that Facebook first became concerned about the increasing power of the iPhone and Android platforms. And that awesome Facebook apps for those phones may not be enough to counter a long term competitive threat.

Specifically, Facebook wants to integrate deeply into the contacts list and other core functions of the phone. It can only do that if it controls the operating system.

Two high level Facebook employees – Joe Hewitt and Matthew Papakipos – are said to be secretly working on the project, which is unknown even to most Facebook staff.

Both have deep operating system experience.

Hewitt helped create the Firefox browser and was working on Parakey before it was acquired by Facebook in 2007. Parakey, which never launched, was described as a “Web-based operating system.” Hewitt also created all of Facebook’s iPhone web apps and then native apps, but finally quit building for the iPhone in disgust late last year. But he knows operating systems and he knows mobile.

Papakipos also has a perfect background for this project. He was leading the Google Chrome OS project until June. He then quit and went to Facebook. Papakipos is considered a rockstar developer, and there are any number of jobs he’d be able to do at Facebook.

But that doesn’t answer the question of why he’d leave the Chrome OS project before it was finished. It would have taken something really interesting to lure him away. Something like a Facebook Phone, for example.

So what might this phone look and feel like? We don’t know yet. When will it be announced? Don’t know. But I’d speculate that it would be a lower end phone, something very affordable, that lets people fully integrate into their Facebook world. You call your friend’s name, not some ancient seven digit code, for example. I’d imagine Facebook wanting these things to get into as many hands as possible, so I’d expect a model at a less than $50 price. Pay your bill with Facebook Credits. Etc.

As for timing, the holiday season is always a good time to launch new products. But that may be too soon.

Or who knows, the whole project might get killed before it sees light. All we know for sure is that Hewitt and Papakipos are working on something very stealthy together. And we have a source that tells us that stealthy thing is a Facebook phone.

We’re also not discounting possible partnerships around this. Spotify was said to be working on a phone with INQ last year based on a shared investor, Li Ka-Shing. It turns out Li Ka-Shing is also a sizeable investor in Facebook. So an INQ/Facebook partnership on a phone certainly wouldn’t be a surprise.