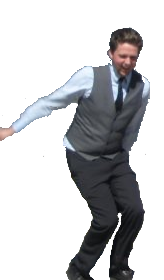 Are we actually looking at a viable quantum computer? Could be, amigos. A team of researchers from universities in the UK, Japan, Israel, and the Netherlands, have announced that they’ve come up with a method of quantum computing that works at everyday temperatures and pressures. No need to be just a few ticks above absolute zero, then.

The research, published in the journal Nature, could well change our lives forever. Complex computations done in the blink of an eye and all that! Look how excited Grig is over the news!

(I seem to remember, a few years ago, another such group claiming to have reached a similar quantum breakthrough. Nothing really came from it, though.)

Quantum computing would put the POWER~! of quantum mechanics to work. Here’s Michio Kaku, quite possibly the greatest man on the planet, talking about quantum computers. It’s a little over a year old, but the mechanics are sound.