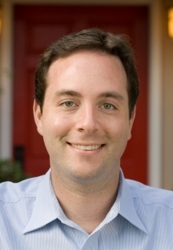 Real estate listings and search site Zillow has named Spencer Rascoff as chief executive officer. Co-founder Rich Barton, who has been the company’s CEO since it was founded in 2005, will take on the role of executive chairman of the board of directors. Fellow co-founder Lloyd Frink will move from president to chief strategy officer.

Rascoff joined Zillow in 2005 as one of the original executive team members and has been serving as chief operating officer since October 2008. As COO, Rascoff has been responsible for the majority of Zillow’s day-to-day operations for the past two years, overseeing marketing, finance, partner relations, legal and human resources as well as the execution of the company’s recent partnership with Yahoo to power for-sale listings for the company. Prior to his role as COO, Rascoff was chief financial officer and vice president of marketing.

Prior to Zillow, Rascoff was the vice president of lodging at Expedia, which he joined after IAC’s $675 million acquisition of discount travel site Hotwire.com in 2003. Rascoff co-founded Hotwire in 1999.

After becoming profitable the company is ready, says Barton, for a new CEO. And Barton, who will continue to work at and advise the company, says that Rascoff’s experience and skill set will help the company move forward.

Zillow, which launched a mortgage marketplace in 2008, recently added rentals to its business, opening up the site to a new market in the wake of the burst of the real estate bubble. Profitable and growing in traffic, Zillow saw 12.5 million unique visitors in August, up 41 percent from last year. Plus, Zillow has seen over 2 million downloads of its mobile apps. The company is also hoping to IPO in 2011 and according to reports, is currently courting Wall Street investors.

Rascoff confirms that Zillow would like to go public, and cites profitability as one of the steps on the path to an IPO. But for now, Rascoff says he wants to help create a “long-term” company, focusing on growing the site’s reach and audience. He highlights that Zillow is also looking to grow its mortgage marketplace. Currently, Zillow is getting 313,000 loan requests per month and is hoping to increase this number in the future.