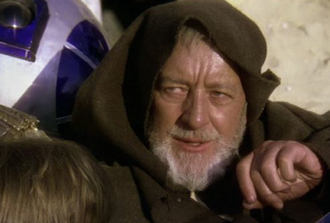 That’s what Matt Cooper found out this week, when Lucasfilm’s lawyers sent him a cease and desist notice demanding that he change the name of his company, Addroid. Cooper says the new startup is an HTML5-based ad serving platform (hence the ad part of the name), and because it’s digital advertising he thought that a tie to the techie word “android” would be appropriate. In other words, the name stems from the word Android — not the abbreviated “Droid” that Lucas is so fond of.

From my perspective this seems pretty ridiculous — there’s no way I’d ever associate the word ‘Addroid’ with anything Star Wars related. Cooper has a lawyer and is responding to the C&D with a letter of his own. He also says that he called Lucasfilm directly and that their lawyer made it clear that they weren’t going to let this go without a fight.

Of course, the word “Android” has its own commercial associations — it’s trademarked by Google. It’s entirely possible that Google will ignore Addroid, but if it did file a suit against Cooper he could potentially point out that his product is in a different market than Google’s mobile OS (then again, fighting Google in court would be enough to sink most startups).