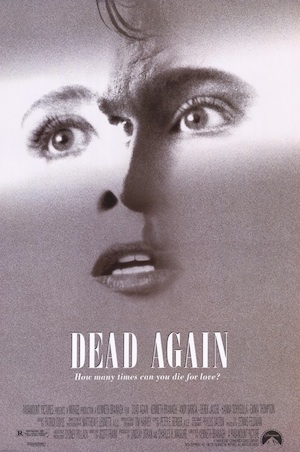 Of all the tech echo-chamber arguments, one of my favorites has to be the “RSS is dead” one. Sure, perhaps I’m a bit partial because Steve Gillmor set the discussion in motion in May of 2009 for TechCrunchIT. But it’s still interesting to watch all the sides swarm around the topic. But what’s most interesting lately is how for every one person that busts out the death of RSS meme, a dozen people seem to pop up with posts that refute it.

If RSS is doing just fine, shouldn’t that be self-evident? Why do we need so many posts pointing out just how not dead RSS is?

Just today, we have GigaOM, Dave Winer, and even Google pointing out that RSS is fine. Some, like Winer, say that it simply needs to be rebooted. Others, like Mathew Ingram for GigaOM, point out that the current way people use it will continue to supplement services like Twitter and Facebook that are supposedly killing it.

So what is actually going on?

The fact of the matter remains that RSS is not a consumer-friendly technology. If I said “RSS” to my mother, she would have absolutely no idea what I was talking about. If I said “Twitter” or “Facebook” to her, she knows who those are — she even uses them. That said, RSS does still often provide at least a partial backbone for those services she does know. For example, it’s RSS that auto-syndicates the content from TechCrunch to Twitter and Facebook where she reads it.

Further, as the use of mobile devices continues to rise, new methods of consumption and sharing are going to continue to pop up. Flipboard for the iPad is one example of such a services. And guess what? Though it may look like it does, it doesn’t use RSS.

One of my favorite apps for the iPhone/iPad is Reeder. It’s a Google Reader-based RSS client that is fast and simple — perfect for mobile devices. But the problem with it is that you still need to set up your feeds through Google Reader to use it in the first place. Most people don’t do that. And despite Google’s graphs today (which curiously have no actual numbers) most people aren’t going to do that.

Look, I continue to use Google Reader (and Reeder) on a daily basis and likely will for many, many years. But that’s mainly because I have to for my job. It’s a mass consumption tool — but it’s not a consumption tool for the masses. If I didn’t have to (or didn’t want to) read and track a thousand stories a day, there is no way I would use an RSS reader. It makes reading content seem like a chore. It’s not visual at all, there aren’t great sharing tools, it feels very isolated, and it’s all about packing in as much information as possible into small windows. Ugh.

So while Venture Chronicles writes that consumer RSS lived from 1999-2010, I think that’s incorrect. I’d argue that it was never really alive. A few million geeks and professionals may have used RSS readers like Bloglines, but compare that to Facebook’s 500 million users or Twitter’s 100 million+ users — users gained over a much shorter span. RSS readers were nowhere near that.

And that’s kind of pathetic considering that you had RSS built into just about every major browser for years now. And it was being pushed heavily by companies like Google to customize homepages.

Something else to think about: while a technology may be in use by millions of people, if most have no idea they’re using it, they’re not going to miss it if it goes away. My hunch is that this will be the case with down the line with RSS. Twitter and Facebook won’t completely kill it off because they still use it to varying degrees, but they’ll continue to whittle it down, as will mobile.

As bad of an end-user experience as RSS provides on the desktop, just look at it on mobile. Do you think anyone is going to load up Google Reader mobile and type in URL to subscribe to via RSS? Do you think they’ll even take the time to copy and paste it in? No, because most don’t now.

Some of Winer’s ideas to “reboot” RSS could be interesting, but standards bodies and startups have had how long to come up with such ideas? At least 10 years. And no one has come up with anything compelling yet.

Anyway, that’s all for now until we inevitably have this discussion again in another six months.