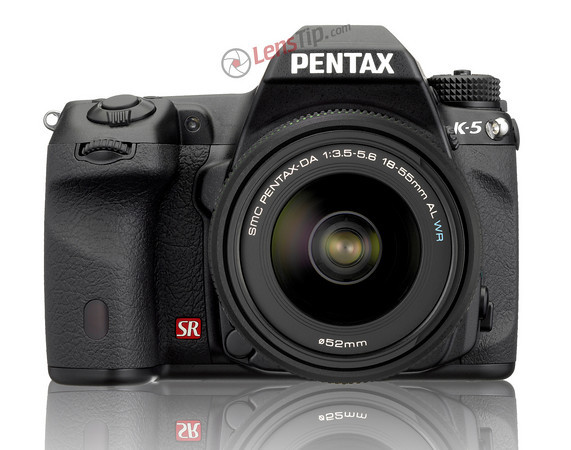 Hot on the heels of the consumer-level K-r released yesterday, Pentax’s K-5 is making an appearance, though not quite as officially. Some unethical retailers leaked the specs, and Lens Tip found the leaked photo, though they appear to have taken it down. Chances are this thing is right around the corner, probably set to be released next week.

The K-5 costs $1699, and while you can scope the full details over at the Pentax forums, I’ll limit myself to the high points.

I’m guessing it’s also got the new high-res LCD that’s in the K-r, if not a superior one. We’re missing burst speed and a couple little specs, but that seems to be the full picture. They mention a translucent LCD displaying focus points and framing grid in the viewfinder. I wonder how they can do this without darkening the image?