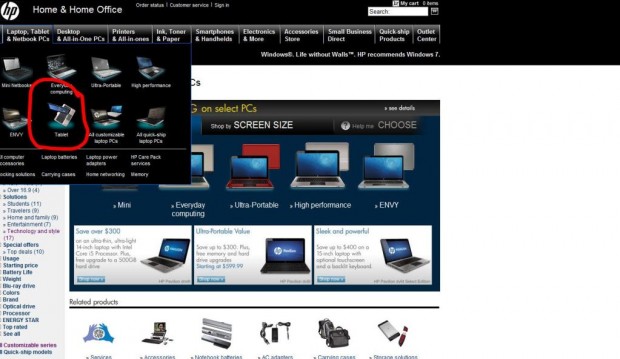 HP has at least a couple of tablets in development; that’s a fact. There is the HP Slate 500, the Palmpad, the Android printer thing, and probably a few proper tablets not yet leaked along with the already-available convertible notebook line. So it only makes sense that the new form factor gets its own dedicated section on HP.com. Previously the convertible models were slumming with the normal laptops but are currently the only models in the new Tablet section. Chances are that’s set to change real soon.

The rumor mill states that the enterprise-bound HP Slate is launching this year, perhaps in the fall. But seeing how it’s rather trivial to update a website, maybe the Slate’s launch is imminent. Or maybe not. HP isn’t exactly the most transparent or predictable company so your guess is just as valid as mine.

[Thanks for the tip, domotoast!]