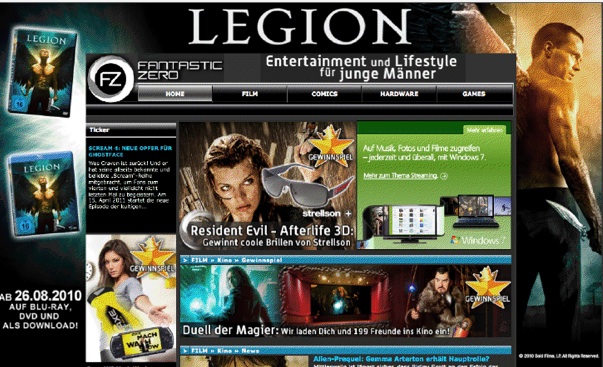 Fantastic Zero is a collection of 50 male oriented sites with a reach of 5.5 million unique visitor a month in Germany, and 10 million overall. The acquisition price is not being disclosed, but it is a decent sized acquisition for Glam, which started in the U.S. as a collection of female-oriented sites and a larger ad network. Glam is already the the sixth largest Web property in the U.S. with a reach of 98 million uniques in August, coming up fast on No. 5 AOL’s 107 million (comScore). Fantastic Zero won’t help in the U.S., but it will worldwide, where Glam has a reach of 170 million uniques.

The acquisition helps Glam not so much on the numbers, but in its attempt to broaden out to men. A year ago it launched Brash, and more recently, BrashSports.

Glam raised $50 million last February, and hired a big-gun CFO in former Microsoft executive Bruce Jaffe last May. Glam’s M&A machine is just getting rolling. Expect it to pick up more properties to expand its reach both in the U.S. and abroad as it tries to unseat AOL.