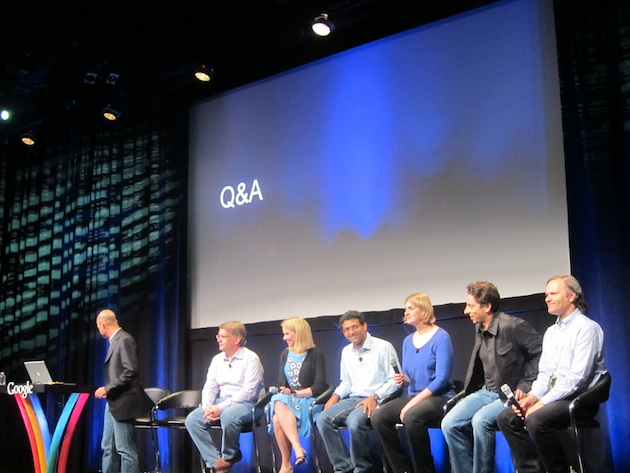 Today at the Google Search event in San Francisco, the search giant unveiled Instant, a huge new feature that allows users to search in real time (without hitting the search button). It looks to be an awesome product that will save users a lot of aggregate time. But that’s on Google.com. I rarely use Google.com anymore. I want it in the Chrome Omnibox.

That’s coming soon, Google’s Marissa Mayer promised. “Sometime in the next few months this is something that will be activated in the browsers,” she said. She didn’t elaborate, but obviously, you can imagine this coming to builds of Chrome (which Google makes) first. And it wouldn’t be surprising to see this in Chromium (the open source version of Chrome) pretty soon.

That said, it’s not yet clear how Google will implement this in Chrome. Currently, when you search in the Omnibox, you still have to hit enter to do a query. That’s important because the Omnibox is also the address bar, so people are typing in URLs here a lot. This should be an interesting problem for Google to solve.

And how Google will implement this in other browsers remains to be seen. You can probably imagine this will be a plug-in for browsers that Google doesn’t make — such as Firefox and Safari. And it will be interesting to see what Microsoft thinks of this seeing as they make both their own browser (IE) and search engine (Bing).

Earlier in the event, Google also noted that Instant would be coming to the mobile experience later this Fall.