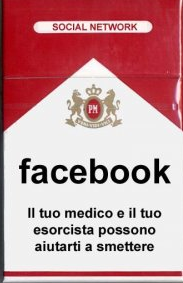 Facebook has come along way from being Mark Zuckerberg’s afterschool project. In fact “The Facebook Effect” author David Kirkpatrick implied at TechCrunch Disrupt that Facebook was so influential it should be governed by the United Nations, “They are too important to our culture to be left to a private corporation” he said.

But, despite the fact that at 500 million users Facebook has just under twice the population of the United States, it is a business not a country. And while Google is currently the most visited site on the Internet with about 170 million or so uniques in July according to Comscore, the levels of interaction that we have with Facebook are more often and more intimate, which makes it the most important site on the Internet today.

The amount of time we spend on Facebook underscores the fact that we no longer live in geopolitical countries but digital ones. And we often as citizens of digital domains forget that the end game of these platforms is “make money” which means that companies like Facebook must take steps to preserve business models based on lead generation and the monetization of user data, and that those steps are often against users’ best interests, literally.

The conversion of profile interests into pages was one of these steps, and there are and will be countless other infringments as long as Facebook has a monopoly on social networking activities, especially in conjunction with the recently launched Facebook Places. Inevitably a business needs to survive, but should we as users set limits to what can be sacrificed for this survival? What controls do we have over any advancements towards data openness, especially those which we don’t necessarily have the technical background to understand? Do we have a right to a Facebook Bill Of Rights?

While Facebook has a somewhat neglected governance page, its own abandoned Bill Of Rights and even something called “Principles,” users still do not yet have an inalienable say in the company’s machinations. So, pulling from many of the complaint emails sent to TechCrunch as well as heeding to the recommendations put forth by organizations such as the EFF and the ACLU as well as countless blogger entreaties, we’ve come up with the following hypothetical list of “rights,” our ultimate goal being the empowerment and education of users.

10) No Privacy “Bait And Switch” Facebook said for years that all information that users made private would always be private. Then it made names, photos, friend lists and other information unavoidably public. So “No bait and switch” is essentially “Don’t change privacy settings to be more open without prior user consent.”

9) Opt In, Not Opt Out “Opt In” needs to be the default for everything privacy related. Any Facebook default should never move users toward less privacy. The ‘wizard’ Facebook walked FB users through in December, where the default got swapped to ‘everyone’ is perhaps the most egregious example of lack of transparency. From now on no more December 2009, i.e. all moves that force data sharing need to reveal exactly what the company intends to do with that data and the default answer better be “not very much.”

8) Freedom Of Data Export Users should have the freedom to share their data with anyone they want and take it with them anywhere they want, including removing it from the Facebook Service. While Facebook has alluded to eventually enabling this functionality in the past, there is currently no way to export Facebook data, which means whatever happens on Facebook stays on Facebook to the ultimate detriment of users.

7) The Right To Permanently Delete Accounts At the moment the actualities of being able to do this are lost in the vagaries of activating and/or deactivating your account, which still gives Facebook the rights to your personal data and license to your IP. Facebook needs to provide a direct link to this and then make sure that when your profile is gone it’s actually gone, and not stuck in server limbo somewhere.

6) The Right To Data Security Facebook needs more transparency regarding how code is deployed, and needs to make the process more secure. We get the occasional emails about how Facebook has sent messages to the wrong people, exposing user email addresses and various sundry data holes. While all code has its flaws, Facebook needs to keep in good faith that its first priority is protecting user data from malware such as phishing schemes, for example.

5) The Right To Redress Regarding Suspending Accounts We also receive many tips from people who have had their accounts suspended and have no way to reach an actual person vs. an autoreply at Facebook. Seeing as though your Facebook account is now your online calling card, there needs to be a way to argue your case to an actual human being.

4) The Right To Clear Outlines of Privacy Changes Google recently simplified their privacy policy in the wake of an $8.5 million privacy settlement over Buzz. So while it might inhibit innovation to create one thing and never change it without somehow breaking your word, perhaps Facebook can continue to offer up a streamlined one sheet record of everything it’s changed privacy wise, and keep it current with all new product related updates and caveats.

3) The Right To Information On Third Party Sharing Facebook needs to explicitly lay out what it does with your user data and how it target ads exactly. The importance of this has increased in the wake of Facebook Places’ introduction, especially since the proposed business plan for many of the geolocational platforms including Facebook is selling user checkin data.

2) The Right To Opt Out Of Facebook Marketing This could be achieved with premium accounts, as Pandora does now, giving people a clear way to opt out of any kind of ad targeting or marketing. The ads would still be there, but they wouldn’t directly pull from your likes, giving you a greater sense of “privacy.”

1) The Right To Protections From Snooping Facebook Employees A guarantee of security around who has access to user data and how often it has been abused. While “scary” media reports that Facebook has a “master password” abound and pranks like “Fax this photo” are cute, they lead us to believe that Facebook employees do not quite yet grasp the fact that with great power comes great responsibility.

Facebook is a private company that people opt in to use. In this sense, the situation is not analogous to a government document like the Bill of Rights, as that document is meant to define national law i.e. “I didn’t choose to be an American citizen, so I sure as hell want laws guaranteeing my rights as a citizen.” But Facebook has a de-facto monopoly on social networking and so it is nation-like, hence the above call to action.

Which in turn raises David Kirkpatrick’s larger question on whether or not Facebook needs more governmental regulation. Well, if you’ve got the ACLU and the EFF chasing after you every time you announce a product development, then it might be time to listen and voluntarily enable at least some of these proposed measures before regulation catches up, because it will, sooner or later.