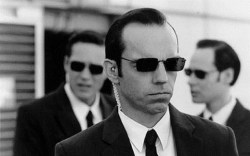 A raid on file-sharing servers in the early hours of the morning has conspiracy theorists talking. The raid, which took places in various European countries including Germany, the Netherlands, Hungary, and Sweden (among others), targeted peer-to-peer service providers. What has the tin foil hat wearers wondering is: why was one Wikileaks’ Swedish providers caught in the crossfire? Is “the man” out to get Wikileaks?

If we’re to believe Swedish Prosecutor Frederick Ingblad, then no, it doesn’t. He told a Swedish newspaper that Wikileaks wasn’t the target of the raids today. It just so happens that Wikileaks is hosted on the same service that was one of the targets.

As for the raid itself, police say it was in the works for some two years, and targeted the very top of the “piracy pyramid.”

Which of course means that by the end of the week we’ll have a new set of folks ready to run things.

And while police may have showed up and expected to find all sorts of “smoking guns,” as the cable news channels here like to say, one of the providers caught in the raid said, “They were interested in who were using two IP addresses from 2009 and onwards. We have no records of our clients but we’re handing over the e-mail addresses for those behind the IPs. However, it’s rare that our clients have mail addresses that are traceable.”

Yeah, anyone who expects a piracy-related site to do their business in the clear, without any form of encryption or re-direction, well, that would be silly, now wouldn’t it?