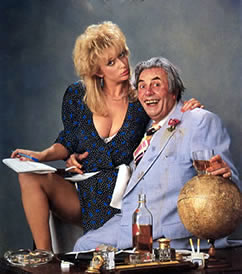 “He’s a classic Aussie in the sense that he’s a bit of a male chauvinist.” That quote comes at the end of a piece on the recent escapades of Julian Assange, founder and chief spokesman for Wikileaks. It seems apt, because it’s becoming increasingly clear that an organisation which aspiries to transparency and the high ideals of open information is going to have problems going forward if it continues to entertain an individual who lacks transparency and whose private life is alleged by his female accuses to be be riddled with low ideals.

Because let’s be clear, delicate diplomancy and skirting the choppy waters of international issues which involve thousands of lives – like releasing highly sensitive government information about the Iraq war – is not the kind of thing you want someone who is careless about their personal life to take charge of.

How would you react if you heard this story: A guy sleeps with two women in quick succession, annoys both with his sexual habits, they talk but he dismisses their concerns. When they go to the Police he calls it an “international conspiracy”. Uh… what?

This is more or less what appears to have happened. The Daily Mail newspaper’s delving into how Assange had consensual sex with the women but was reported to police after he refused to use a condom or, later, take an STD test, seem more like a bedroom farce than the actions of a high-minded individual.

At least it was clear that a high minded Anna Ardin helped bring Assange to Sweden for a speaking engagement. She allegedly let Assange stay in her one-bedroom flat in Stockholm. They went out to dinner and – as consenting adults will – later had sex, according to a “police source”. During this he insisted the condom had split. To quote LOLcats: orly?

Woman No. 2 met Assange the next day at the conference organised by Ardin, was later invited out for lunch with Assange and his entourage. She lent him a charger for his laptop, paid for his metro card and they went to a movie, becoming “amorous”. A few days later they had sex without a condom, despite her insistence that he wear one, according to the Mail.

Woman B then called Ardin and the pair put two and two together. They claimed a fear of STDs and pregnancy, but one can also see another angle – both were deeply concerned by Assange’s care-free approach to them.

I asked a Swedish friend about this. She says “Most women I know in Sweden/Stockholm take the pill or have a sterilet/copper ring. I have never heard of anyone demanding that their sex partner take a STD test after unprotected sex unless the woman knows for a fact that she has been infected and then in order to trace/stop the source the partner can be asked for an STD test.”

But at any rate, how would a normal, more sensitive, man react? Apologise, maybe? Certainly a man with a lot at stake and concerned about how something like this might look would think twice about his next moves.

No, Assange refused an STD test asked by the women. Incensed, they went to police and a warrant for Assange’s arrest was issued. A prosecutor decided there was no evidence of rape but by that stage the news was out. Now another Swedish prosecutor has reopened the investigation saying there was “reason to believe that a crime was committed” citing “sexual coercion and sexual molestation”.

But instead of apologising Assange calls the claims a Pentagon smear campaign and that “Australian intelligence” had warned him to expect such “dirty tricks”.

So, ultimately, it is completely unsurprising that there is internal dissatisfaction at Wikileaks about the the way Assange has handled this scandal.

According to The Daily Beast, this is the last straw for some organizers of WikiLeaks, who are demanding that Assange step aside.

I can see how all this appears to the quite moral society of Sweden. Swedes are pretty open about sex and are happy to talk about it. But with that openness comes also some fairly high expectations about how you handle yourself. Having worked in Sweden myself and knowing plenty of Swedes, I know that they would think Assange’s action to be extremely arrogant. People there rarely behave like Assange, and his alleged behaviour is quite frowned upon.

If a Swedish man had done something like this he probably would have thought nothing of taking the STD test if only out of respect for the women he’d offended, even if he was innocent.

A WikiLeaks organiser and backer, Icelandic politician Birgitta Jonsdottir, has told The Daily Beast that while she does not believe the assault allegations, she has asked Assange to step aside as WikiLeaks’ public spokesman until after the criminal investigation is over. It was Jonsdottir that called him the classic Aussie “male chauvinist”.

Another WikiLeaks organizer says Assange has been resisting efforts over the last two weeks to step down, but this is creating “a mess for everyone”. I can imagine. The site is preparing to release an additional 13,000 classified American military reports from the war in Afghanistan.

There’s even a suggestion that engineers on the site have taken it down protest several times in the last few days.

And incredibly, Assange has told a a Swedish newspaper that he was “losing confidence in the Swedish justice system” as a result of the investigation. This is the opposite of diplomatic – this is the very country that has shepherded him and his organisation with its long tradition of freedom of the press and where he is trying to obtain a residency permit.

Increasingly Assange’s approach to this controversy has reminded me of another famous Australian who is chauvinist, sexually promiscuous and at the centre of regular diplomatic storms: Sir Les Patterson, a fictional Australian diplomatic invented by comedian Barry Humpreys.

Sir Les is of course a caricature of an uncouth, loud mouthed Aussie diplomat, always chasing girls and offending people. So quite unlike Assange, of course.

But if he continues on his current path, Assange will look more and more like that comedic creation, even as he tries to grasp the moral high round for Wikileaks.