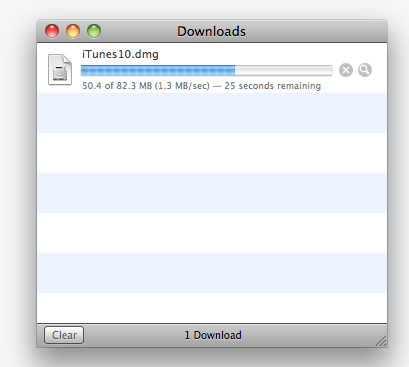 If you’re anything like me, you’ve been hitting refresh on the Apple iTunes website waiting for them to put iTunes 10 up for download. Sure, it has said it was available since this morning, but when you click through, it would still be iTunes 9.2.1 with a promise that iTunes 10 was “coming soon.” Links being shared on Twitter were likewise bogus. It was starting to look like a Duke Nukem situation. Well, it took several hours, but it’s finally here.

Apple announced iTunes 10 this morning at their event in San Francisco. The latest version is more than just a minor update, there are several things that have been reworks, including some UI elements. But the biggest addition is obviously Ping, the music social network Apple has baked into iTunes. I got a chance to use it earlier on some demo computers and on the iPhone/iPod touch — it’s very interesting. Now it’s time to see if 160 million built-in users agree.

From the 15 minutes or so I used it earlier, I can also say that it felt noticeably faster than version 9. This has been a huge complaint about the software in the past — that it’s too bloated. Of course, that was also on a brand new machine probably not packed to the brim with media — so we’ll see.

The oddest thing about iTunes 10 isn’t the icon revamp (goodbye CD) — I think it has to be the move of the close, minimize, and expand buttons on the Mac version. They’re now vertically aligned — like a traffic light. 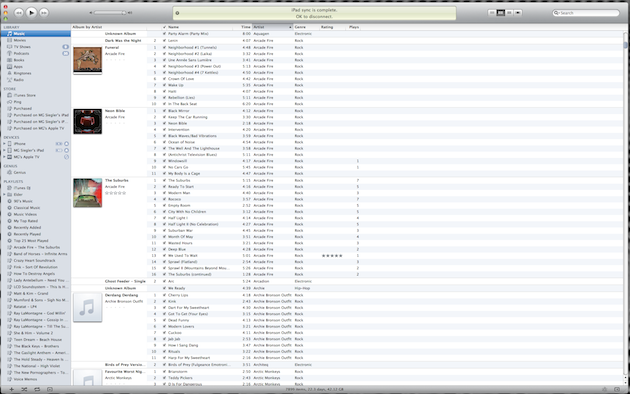 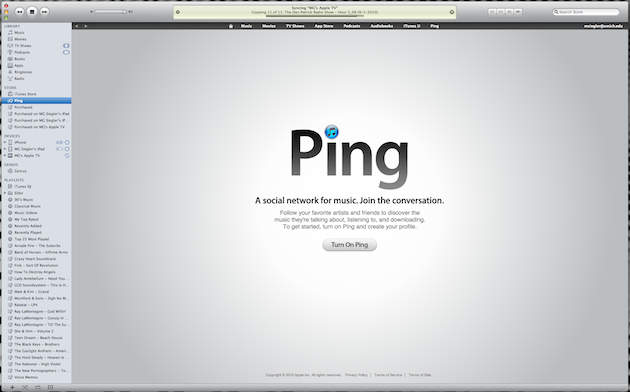