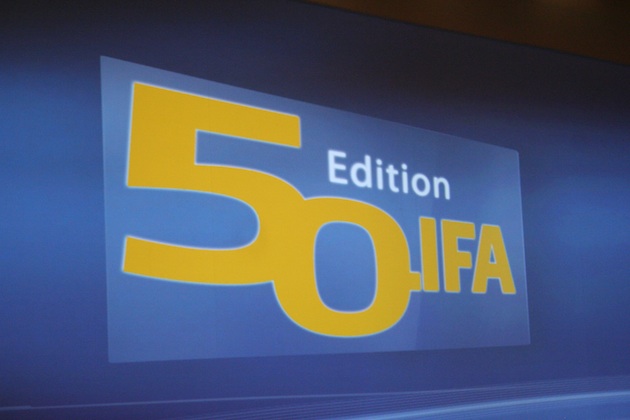 I think the message coming out of the opening press conference here at IFA 2010 (the 50th such show, by the way) was: we were consumer electronics before consumer electronics became cool. (Take that, CES!) A quick video highlight package re-traced the show’s lineage all the way back to its inaugural gala in 1924. Six years later, Albert Einstein gave the keynote address, saying that “engineers make democracy possible.” Engineers help foster communication methods, and communication helps foster humanity. It all semmed so much important back then, with the likes of radio and television bringig people together like never before. If I’m lucky, this year I’ll get to see a bunch of goofy tablets.

Other than that, there’s not much happening today, and that’s probably to IFA’s benefit. Apple, a company that’s so big it can throw its own Big Event at the drop of a hat, will announce something, perhaps iPod-related or perhaps TV-related. I do know that Sony is currently scheduled to speak in a little bit, and aside from the typical rah-rah hooray for eveything, I’d expect them to promote the heck out of their 3D offerings, and maybe give their thoughts on e-books.

But, it’s early days yet; the show doesn’t officially open till Friday.