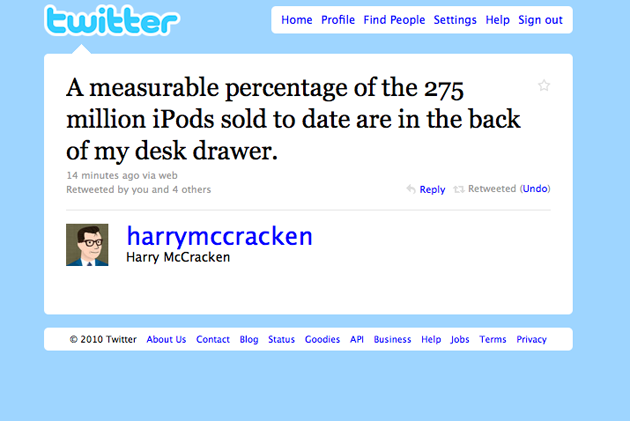 At today’s Apple Press event, Steve Jobs dropped some pretty impressive iPod stats, as he announced a complete revamp of the line.

In addition to the new Nano, Shuffle, Jobs introduced a ramped up iPod touch, which is the most popular iPod model and also outsells Nintendo and Sony combined in terms of being a portable game player. The iPod sales contribute to the over 230K iOS devices activated a day as well as provide distribution channels for Apple’s very lucrative content business, says Jobs.

“People have downloaded over 11.7 billion songs from iTunes, and we’re just about to cross 12b. Over 450 million TV episodes, 100 million movies, 35 million books, and over 160 million accounts with credit cards and 1-click shopping in 23 countries.”

The new iPod line will ship next week.