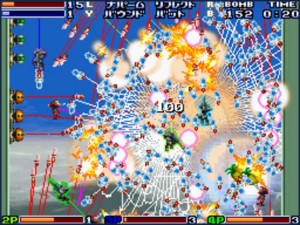 One of the best games from the Dreamcast is finally getting a proper sequel: Bangai-O! Those who played it remember it fondly; a version for Nintendo DS was released, but (despite being pretty good) it didn’t really have the same savor as the original. I have a feeling this new one is going to be the sequel I’ve been hoping for.

It’s called Bangai-O HD Missile Fury, and the developers promise “sensory overload of thousands of missiles.” It should debut at PAX this weekend. Hell yes.