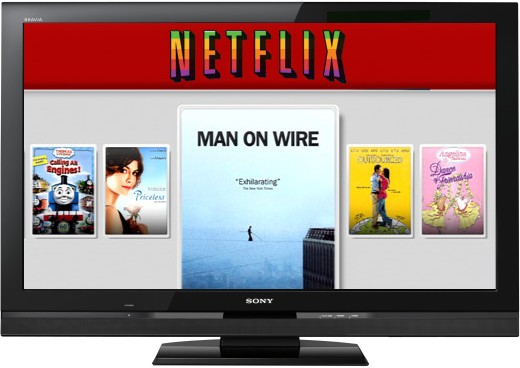 Including access to Netflix on the rumored iTV seems like a no-brainer at first — every set-top box worth its salt has it. It’d be suicide not to, right? But then you start thinking about how Apple would probably like nothing more than to launch a full-scale competitor to Netflix in the form of 99¢ rentals. Chances are it was actually a difficult decision to make: it’s like acknowledging that Netflix has something Apple needs, and I’m sure you can imagine how much they like that idea.

The fact is, though, that Netflix does have something Apple needs: a rental brand. People think of Apple, and they think “iPhone, iPod, iTunes.” None of those things are really applicable to the TV and Movie experience, although to be sure many people are buying shows and movies on iTunes. But with Netflix, people immediately think “rentals, streaming, movies.” It’s critical that Apple be able to make people think of those things when they promote the iTV (or whatever it’s going to be called).

There’s also the more obvious benefit of an existing user base. True, Apple has a lot of people on the iOS bandwagon now, and if they were to start from scratch they would do better than they did last time, but if they can make themselves the premier Netflix device, then a lot of consumers may buy the device who wouldn’t have otherwise. Another one into the iOS fold.

And of course, it would be plain strange for Netflix to be present on other iOS devices but not the one most suited for it. Not having Netflix on the iTV would have reeked of manipulation. Listen to me, talking as if in retrospect about a product that isn’t even announced. How surreal!

As I said, I’m sure Apple would have liked to keep it all in the family, but they need to launch now and I don’t think they would reach critical mass for a non-Netflix launch for another year or so. Once they’ve got the users, a few million devices, and the content provider deals in place, they can start squeezing out Netflix in the usual Apple way: by neglecting it and providing better options with first-party apps and services.

I’m sure we’ll hear all about this and the new iPods tomorrow, though. Be sure to tune in to our liveblog at 10AM Pacific.