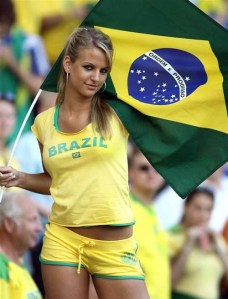 Web adoption is growing faster in Latin America than anywhere on the planet, according to comScore. Its audience grew 23% over the last year, and currently makes up 8% of the global Web population. That’s larger than the Middle-East and Africa’s Web audiences combined, and almost half of North America’s Web population.

But underneath those rosy top-line numbers, the Latin American Web market is a mess of contradictions and that has implications for Internet companies in both South and North America hoping to cash in on the growing market. We invited Web entrepreneur Bob Wolheim of SixPix Content on this week’s “Why Is This News” to discuss the reality of Web life on the ground.

Wolheim is a Brazilian, and no surprise he said that the simplest way to look at Latin America’s Internet market is to look at Brazil and countries-that-are-not-Brazil. The numbers back his patriotism up: While tiny Colombia had the largest percentage increase in Internet users—at a whopping 38%– the largest number of users were added in Brazil, with some six million new Web residents. Brazil has more than double the Internet users of Mexico and Argentina, and those Brazilian Internet users spend the most time online, at 26.4 hours per month.

Bad news, US companies: With the exception of Orkut and Hotmail those Brazilians like Brazilian things. The vast majority of Brazilians only surf Portuguese language sites, while Spanish-speaking countries surf a mix of Spanish and English sites. And while Facebook dominates Latin American countries like Chile and Colombia, Google’s Orkut remains the social media giant in Brazil. One thing the region can agree on is Twitter, which grew 13x in Latin American over the last year, the largest surge happening in Brazil. That compares to five-fold growth worldwide for Twitter, according to the report.

And Brazilians shop patriotically too. Brazil makes up 35% of Latin Americans online, but they spend 61% of the region’s e-commerce dollars. And 95% of Brazilian purchases were made on Latin American sites; even though in other Latin countries like Puerto Rico, 95% of ecommerce dollars were spent on non-Latin sites, primarily those in the US. Local Groupon-like sites have been one of the fastest growing: Peixe Urbano says last Friday it signed up its millionth users in five months of business, and some 20 competitors are gunning for the space as well.

The good news for Brazilians? Given the proclivity for sites built locally, if this type of growth, time spent on the Web, and ecommerce dollars keep ramping, we predict that Silicon Valley will start making some small but rapid acquisitions south of the boarder in coming years.